My best friend and I share a different camaraderie. I don’t think I can have that kind of a relationship with anyone else. In fact, we were quite convinced that we’d end up together. We actually also had plans of renting out an apartment and adopting a dog. We called it the perfect single girl life.

So every time I look at you and her together, I think of all those promises made in the passing and all those times we told each other how we’ll be there for each other.

It makes me happy to see how her eyes glow when she looks at you and how your presence lights up her face. She might not admit it yet, but she’s already planning a future with you. She probably hasn’t even admitted it to herself yet, because she wants to take it slow and be all cool about you not wanting to commit. But I know her and so I know, she has chosen you and from now on she’ll be everything you want her to.

But it worries me to think about how much power this gives you. The power to hurt my best friend and to break her heart. I’ve seen her break up before and wash her hands off relationships entirely. She’s been shattered and heavy-hearted but that was before you came. With you she’s a different person altogether. A bright and chirpy girl that has dreams and plans and goals and they all have you in it. 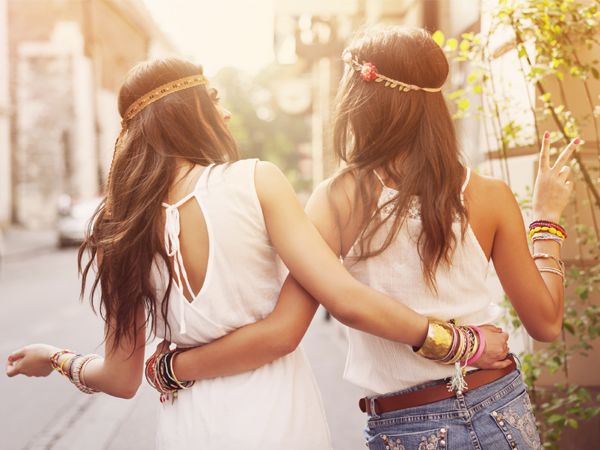 I don’t want to scare you but if I have to console my best friend over you, I’ll surely hunt you down. And I hope that never happens because I genuinely like you. I like how you take care of her and stand by her. You guys make a brilliant couple and your chemistry is admirable and can’t wait to be a part of your union. I am convinced she’s madly in love with you and I hope you are too and I genuinely hope you are the one in a million for her.

We were at a path where we’d lost faith in love stories and the happily-ever-afters. We were our only heroes and would stand by each other, come what may. But then you came along and made us believe that good men exist. You not only got her hopes high, but mine too. And now as I await to find my Mr Perfect, I hope you guys give me all the right reasons to look out for the one.

I want you to make her your priority as much as she’s made you hers and take full responsibility for that smile on her face.

And for all it’s worth accept me as a part of your life because no matter how much you hate it, I am always going to be a part of it.