English is recognized as an official language in 67 different countries, and every one of these countries puts its own spin on the lingua franca. Canada is one of the biggest English-speaking countries in the world, but people often make the mistake of conflating Canadian and American English. Even though these two versions of English are quite close, there are some Canadian words no American would ever be able to understand. If you’re ever planning on visiting Canada, it’s quite useful to learn these 14 spoken words and phrases. 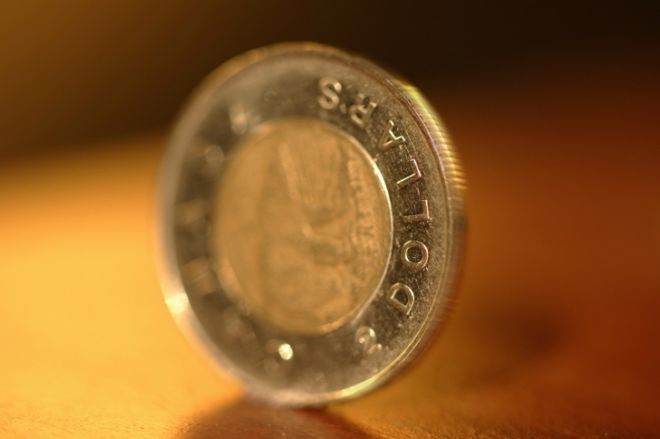 Canadians don’t have $1 and $2 bills, but they do have coins of the same denominations. The $1 coin was introduced in 1987, and it has an image of a common loon on it (a Canadian bird), which is why Canadians started calling it a Loonie. In 1996, the first $2 coins started circulating too. Over time, the words “two” and “Loonie” merged into a single term – Toonie – that became the name of the $2 coin. So, if someone asks you to lend them a Loonie, they’re asking for a dollar. 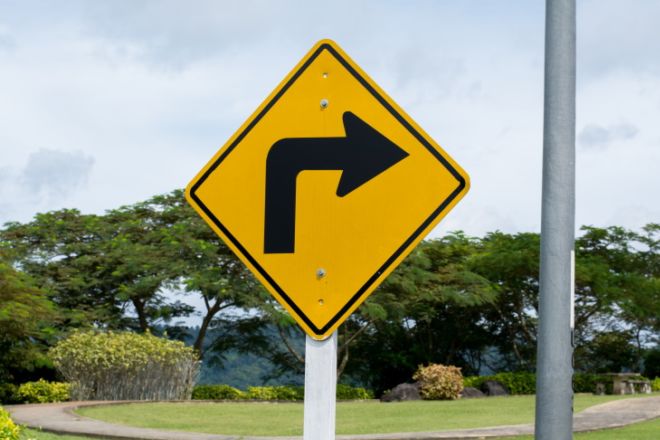 Asking for directions in Canada can be quite confusing. For example, a Canadian can tell you to “hang a Larry after three blocks to get to the restaurant.” This is Canadian for “turn left,” no need to search for people named Larry in the neighborhood. Likewise, hang a Roger refers to making a right turn. Larry for Left, Roger for Right – the first letters match, so it’s easy to remember.

While we’re at it, let’s continue the theme of directions. If someone tells you that your destination is “about three klicks away,” you may be puzzled. Don’t be – klick is just another word for a kilometer in Canadian English. So your destination is just 3 kilometers away, which is roughly 1.9 miles. 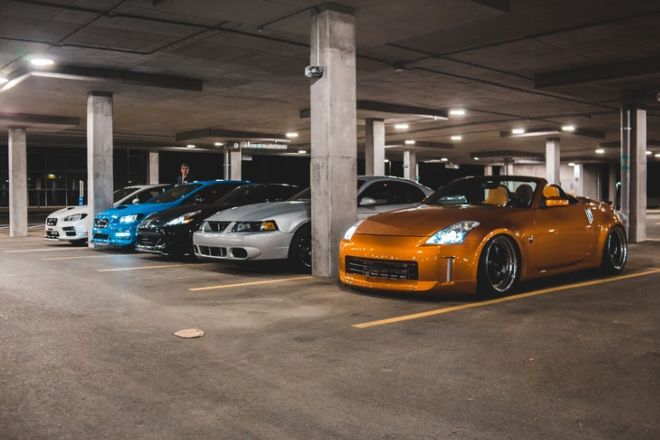 Sadly, the word parkade is not as fun as it sounds. It has nothing to do with arcades, parks, or entertainment, and it has everything to do with boring-old parking. In Canada, a parkade is a word used to describe any large (usually multi-storeyed) indoor parking garage. It’s one of those useful words for foreign drivers to know in Canada.

You certainly hear the word dart quite a lot in Canada. But it’s not because people in Canada are all fans of dart games. Dart is just a popular slang word for “cigarette.” 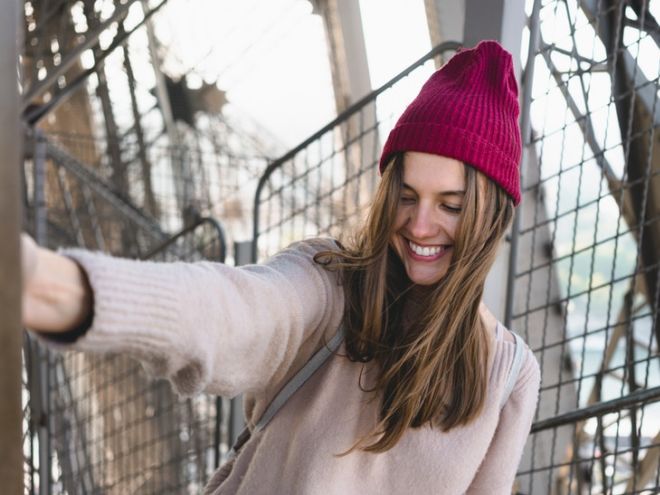 The word toque (or tuque) is pronounced “too-uk” or “tuke,” and it refers to any winter hat, usually a woven ski hat or a beanie. The term is actually derived from the Arabic word taqia, which is a cap with no brim or a very small brim. In the 15th century, medieval French borrowed this word, and it was adopted into Canadian English through French in the 18th century.

If you think about it, the word restroom isn’t the most logical way to refer to a bathroom. After all, most people get most of their daily rest in the bedroom or living room. The Canadian word for the restroom, which is washroom, gets much closer to describing the activities that are actually conducted in a bathroom. It’s an easy one to remember too. 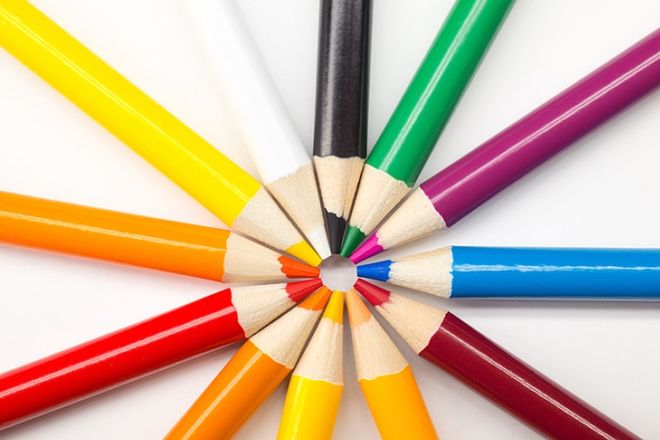 Pencil crayon sounds like a pretty clumsy way to refer to a colored pencil, but that’s exactly what many Canadians call them. This is likely due to French too. In French, colored pencils are known as crayon de couleur.

The word keener is a not very nice way to describe a person. A keener is either a person who tries way too hard to please others or another word for “geek” in Canadian English. It shouldn’t be confused with Irish keeners, who were historical funeral wailers hired to mourn over someone who passed away. 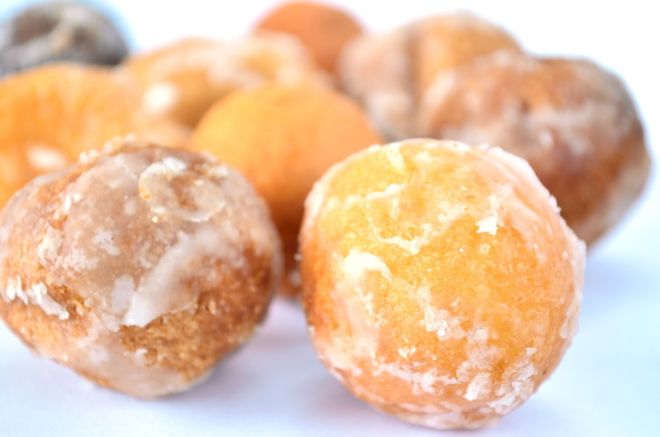 Timbits are the Canadian equivalent of donut holes. Interestingly, this version of donuts is significantly more popular than traditional donuts in Canada.

Head’r may look like a typo, but it actually means “to leave” or “to head out” in New Brunswick slang. So, you could say something like “I guess I’d better head’r,” when you’re about to leave from your current location. 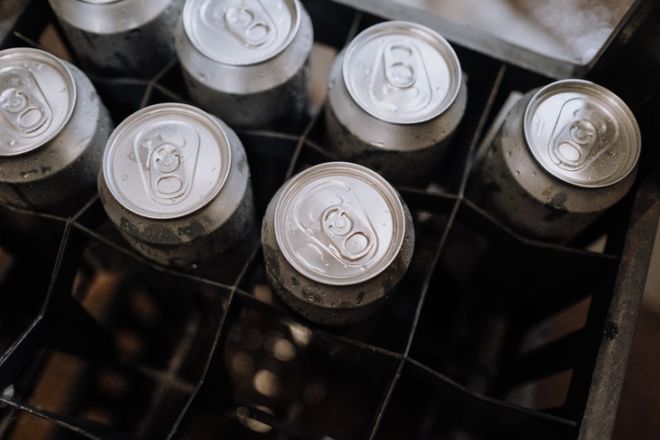 If your Canadian friend calls you and asks you to pick up a two-four before on your way to his or her house, they want you to buy a 24-pack of beer. The word Mickie is also related to alcohol – it’s a 375 ml bottle of liquor that can easily fit in a bag or big pocket.

When you meet a Canadian acquaintance and they ask “What you sayin’?” they’re not asking you to clarify your statement. It can be misleading, but “What you sayin’?” is actually more similar to “What are you up to?” So, a person can call you and ask, “Hi! What you sayin’ tonight? Because I wanted to invite you over for dinner.” 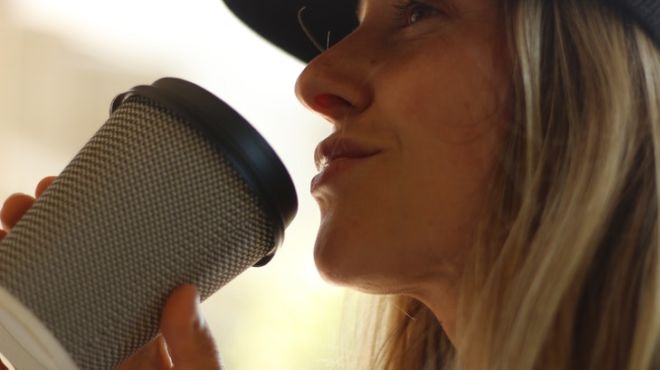 A double-double refers to a coffee with two portions of cream and two sugars. The term originated at Tim Horton’s, Canada’s most popular restaurant chain, but it eventually became so popular that now you can go to any coffee shop, ask for a double-double, and you will get the right beverage. Canadian English can be quite fun, eh?