There are no permanent rivers or lakes in Yemen. The only source of water for people living away from the coast comes in the form of season river valleys called wadis. Because of this, many people build villages such as Haid Al-Jazil above the valley in order to make the most of these temporary water sources.

The landscape surrounding these areas are often comprised of vast deserts, and this means that resources are limited. Because of this, house-building requires a little creativity, but as you can see, they manage to make the most of what little they have to work with. Each house consists of mud bricks with wooden floors that separate one story from another, but while buildings made from earth are often associated with primitive mud huts, the structures they manage to build are as innovative as they are sophisticated. They’re also incredibly versatile, not least because they have to withstand the rainy seasons that threaten to wash away all of their hard work. Oh, and as if that isn’t challenging enough, this particular town is also located on a boulder that hangs roughly 150 metres above the valley. Wadi you think of that?

Oh, and we finally know where Chandler Bing ran away from Janice! 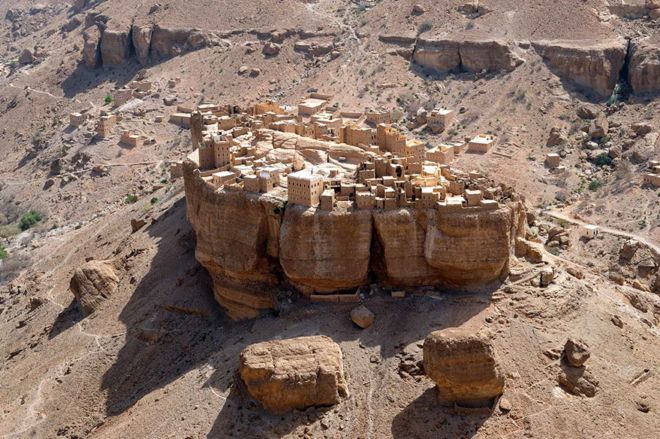 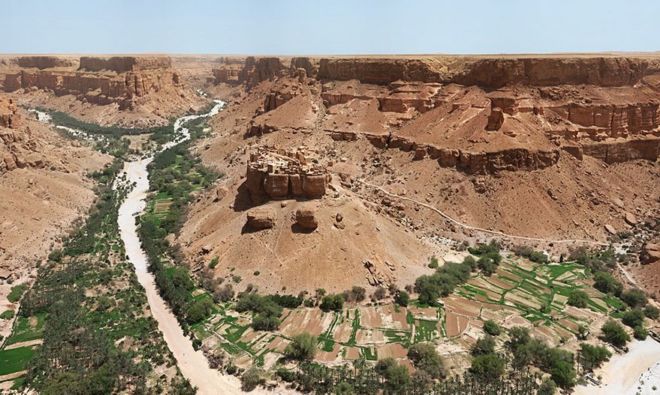 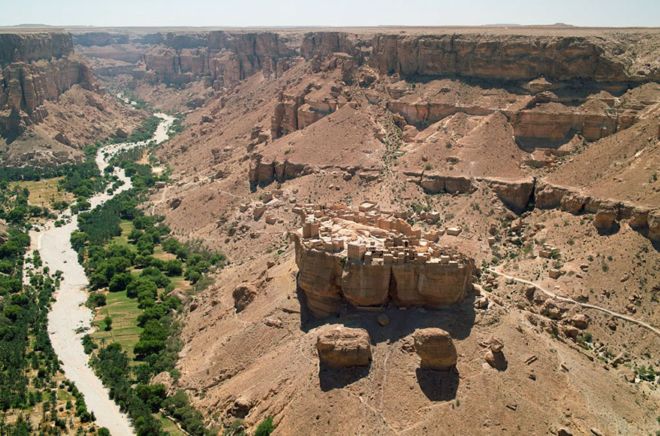