This $100 Million Home Is Straight Out Of The Great Gatsby

This Long Island Estate is straight out of The Great Gatsby, and has just hit the market for $100 million. The waterfront estate boasts an indoor lazy river, a two-story dollhouse and fountains resembling those of the Peterhof Palace in Russia. The 87-year-old mansion is located just 25 miles from New York City, in the old-money community of Kings Point – which is thought to be F. Scott Fitzgerald’s inspiration for the town of West Egg in The Great Gatsby. The author also lived in the Long Island village for some time. His old residence can be found down the road but it pales in comparison to this 60,000 square-foot mansion, with eight acres of waterfront and views of the Manhattan skyline past the Throggs Neck bridge. 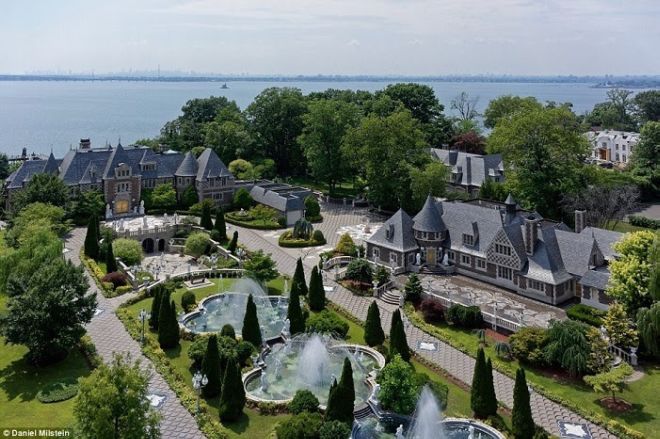 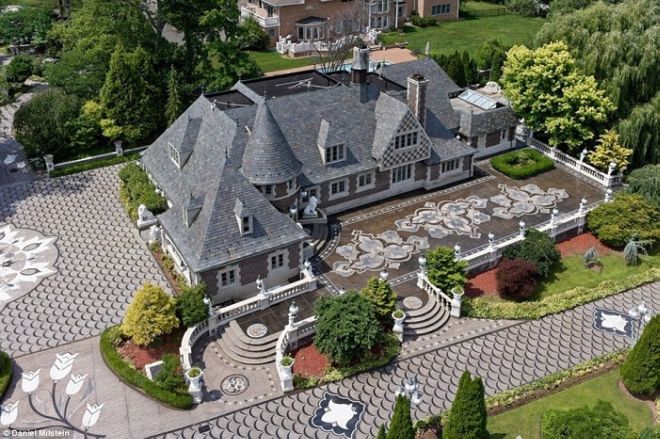 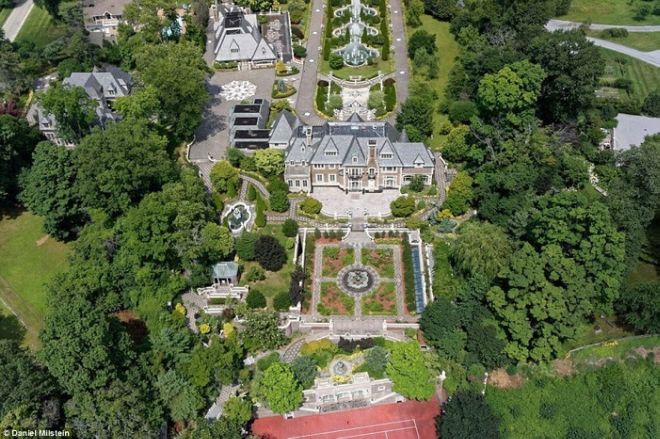 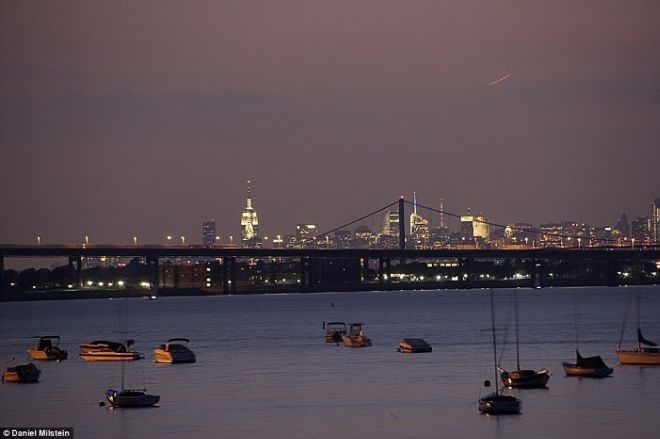 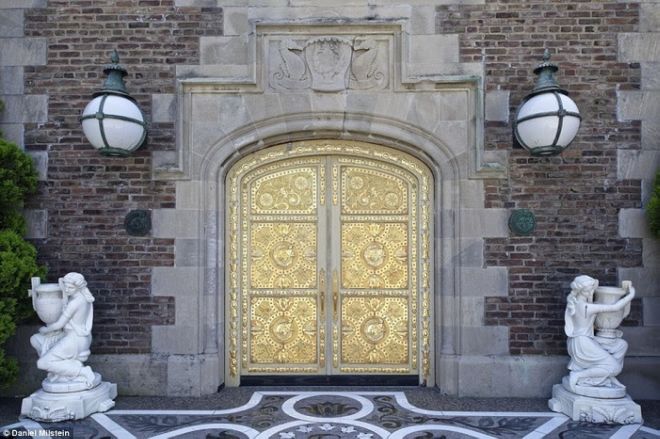 The ornate entrance to the home includes golden doors with a stone arch and marble statues on either side. 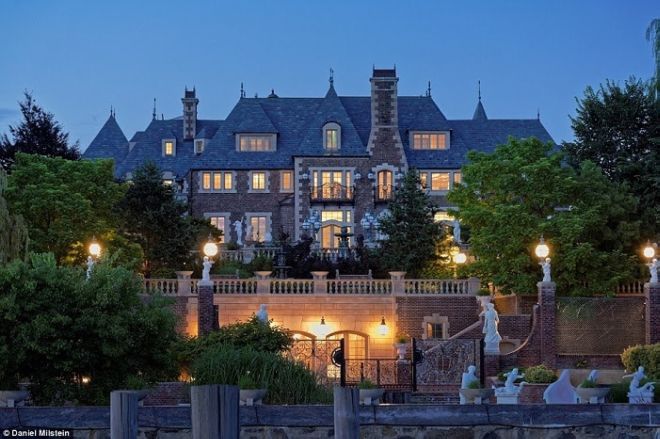 The glamorous estate has 13 bedrooms, 25 bathrooms, a ballroom and two guest houses. 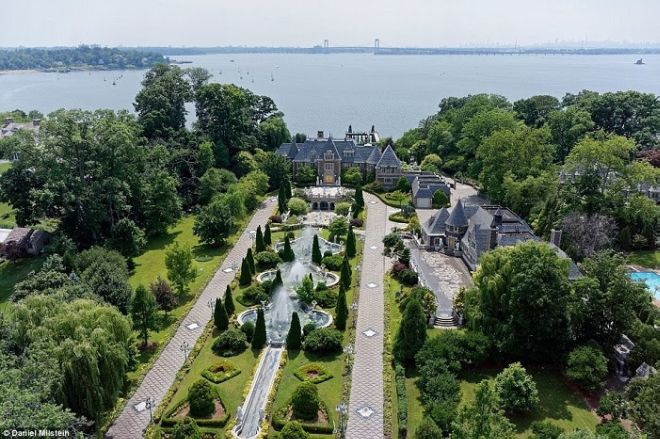 The current owners bought the home two years ago for $15.85 million, and have worked hard to repair and renovate the property, leading them to list it on the market for nearly six times the price they paid. 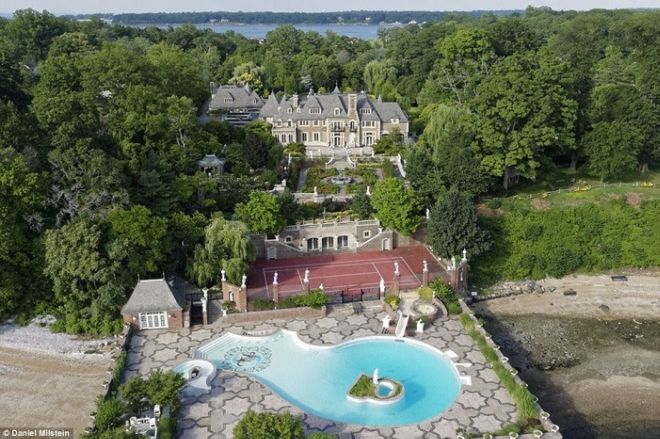 The whole estate is a kid’s paradise, complete with a two-story dollhouse, a bowling alley and indoor and outdoor pools with a slide. 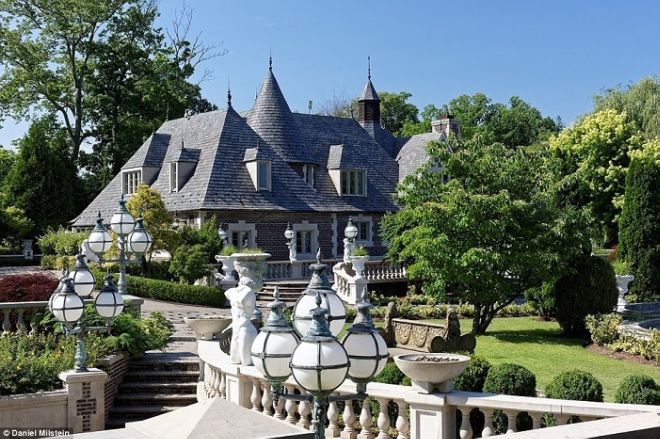 Adults have their fair share of fun too. There’s a wine cellar with a tasting room, a casino and a shooting range. 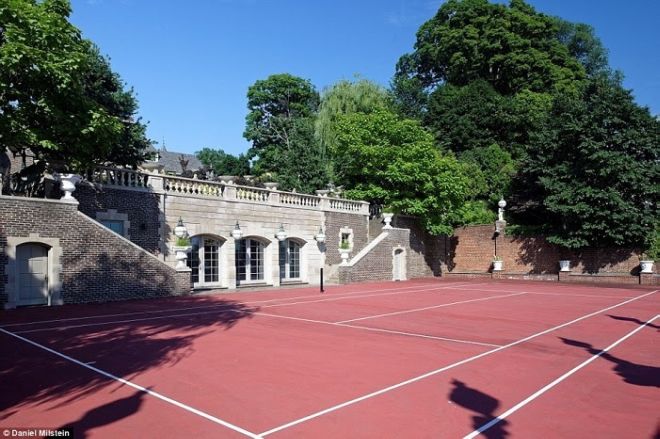 For the more athletically inclined, there is a tennis and racquetball court as well as a gym. As for those who’d rather be pampered, the Turkish baths, spa treatment rooms, saunas, steam rooms and the hair salon will not disappoint. 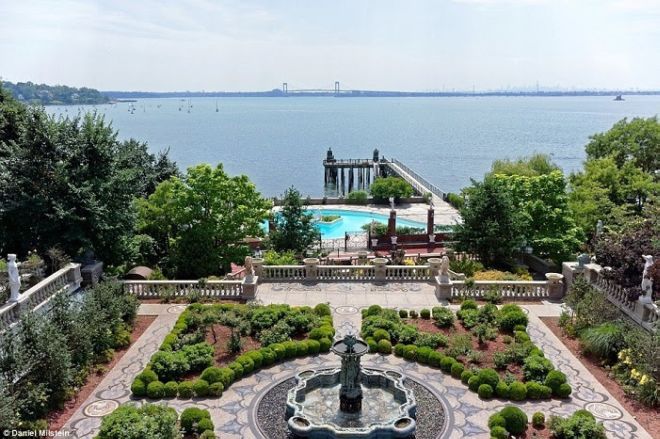 The premises is surrounded with Japanese and English gardens. There’s also a private pier big enough to dock a 200-foot-long yacht. 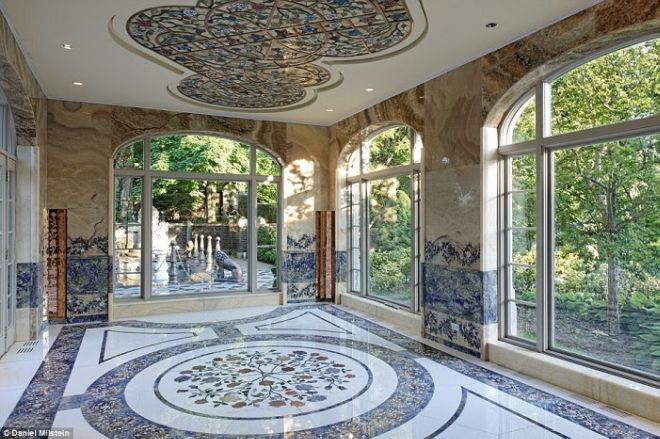 The stone work on the interior of the home is adorned with a mix of blue, white and cream flower details. 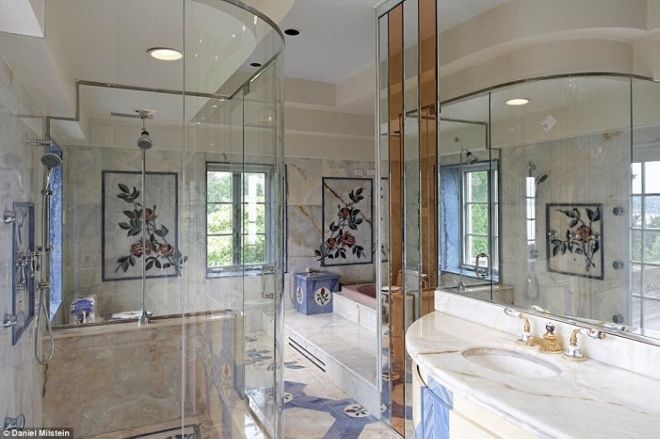 One of the 25 bathrooms features marble detailing with flower motifs. 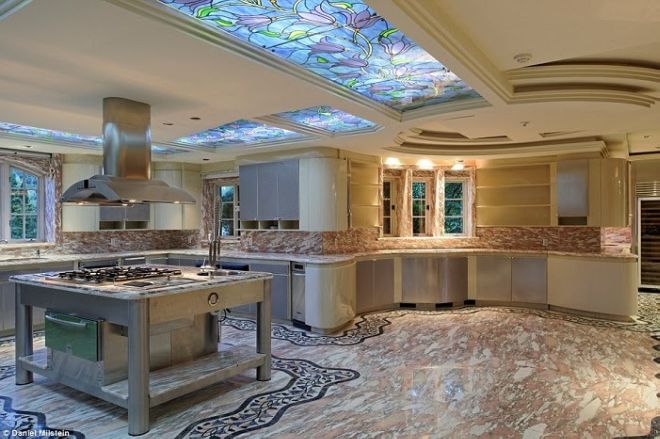 Most Expensive 1-Bedroom Apartment In The World