Self-driving cars are on their way. There’s no denying that. In recent years, you must have heard a lot about how autonomous vehicles are the future of driving. There are reasons to be excited about this idea. After all, these cars are likely to provide better, safer, and low-cost alternatives for those of us who are forced to travel in a car to get anywhere.

But there’s still a long way to go before we can start using driverless cars regularly and there’s still a lot we don’t know about fully autonomous vehicles. For instance, what exactly are their benefits? Will they be safe? And, most importantly, why aren’t we using these long-promised cars already despite so much talk about their supposed arrival? Here, we attempt to address these important questions and more related to self-driving cars that should help you get a proper idea of what to expect from them in the future

1. The benefits of self-driving cars 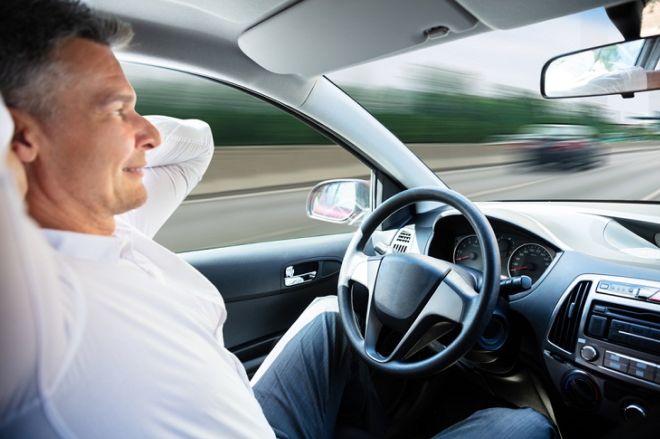 Firstly, let’s talk about the most obvious benefit of having self-driving cars on our streets. They are more likely to make our roads safer as the chances of accidents with them will be considerably lesser. While there have been incidents of autonomous vehicles being involved in accidents, statistics from the National Highway Traffic Safety Administration of the US show that the biggest cause of road traffic accidents is driver error. Fully autonomous cars will take human error out of the equation.

Secondly, with the help of self-driving cars, harmful emissions will be reduced drastically. It is estimated that noxious emissions will be reduced by 60-80% by 2050 after the emergence of driverless vehicles. Furthermore, your daily commute will become a lot more bearable and productive as you can just sit back and read a book while your car does the driving for you. Lastly, self-driving cars would be a great boon for seniors and those with different disabilities as automated vehicles give them more independence to travel freely without depending on others.

2. Why is it taking so long for autonomous cars to hit the roads? 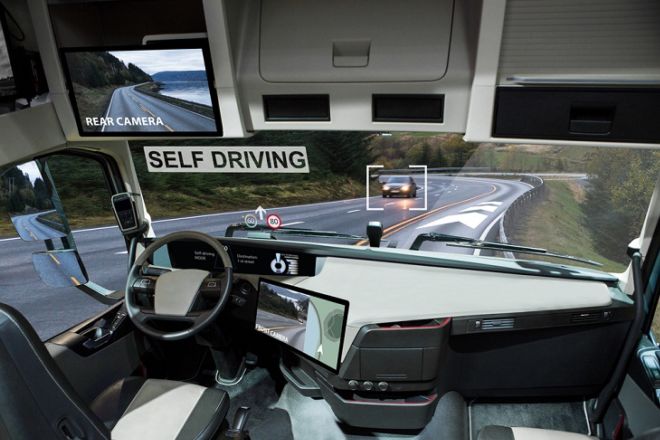 We have been talking about the potential benefits of self-driving cars and how they are supposed to revolutionize the way we travel for years. So, when will the first truly autonomous, commercially viable driverless car hit the road? It appears as if the dream has simmered down in recent years and the buzz around these cars isn’t the same as it was around 5 years back. So, what has changed?

The problem is, that while the idea of autonomous vehicles sounded exciting, the fact that despite developers repeating that these cars would appear “in the near future”, we haven’t seen anything substantial on that front yet. There were even talks a couple of years back on having driverless taxis on the roads very soon. But those talks have hit roadblocks for various reasons. 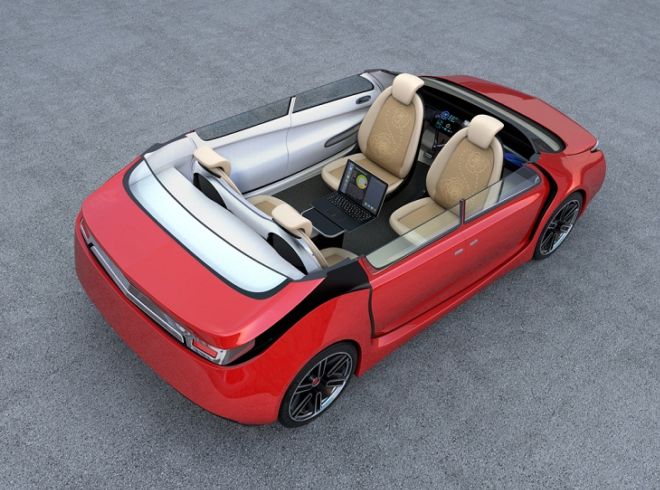 According to Christian Wolmar, the author of “Driverless Cars: On a Road to Nowhere?”, the main issues with self-driving cars – like cost, cybersecurity, and social acceptance – have never really been discussed openly. “People do not want to replace the car outside the front door with an app it’s just not a viable concept. I think more and more people are skeptical of the model that we’ll all be in robocars soon. Instead, the industry is now talking about specific uses,” he says.

The other big issue is that developers haven’t yet properly figured out a way to ensure that self-driving cars would have the required degree of dependability needed to navigate through our congested roads. An autonomous car needs to be fed billions of hours of footage of real driving so that it can then train its computer on the basics of good driving. But collecting such data is expensive and takes time. Moreover, it is also possible that a new driverless car may not have all kinds of training simulations that it may encounter on a busy road and hence may underperform.

The good news is that carmakers are working towards getting those issues resolved, even though the progress has been slow. But if at all goes well we shouldn’t be far away from having self-driving cars on our streets finally.

3. The companies at the forefront of producing self-driving cars 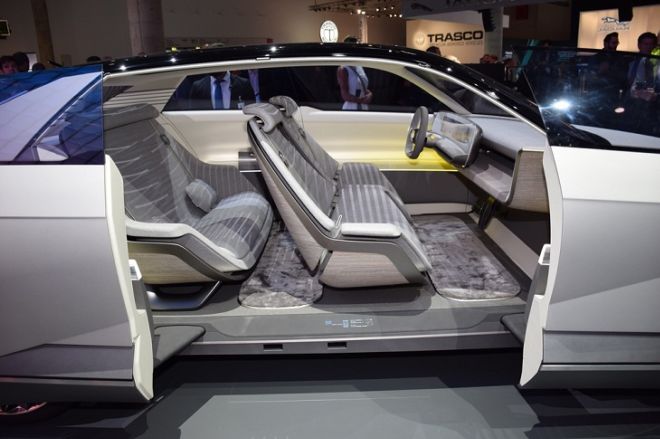 Currently, more than 40 leading corporations are working on developing their models of autonomous vehicles. So, yes, this isn’t just a fancy sci-fi story anymore. Self-driving cars are being made as you read this. Most traditional car manufacturers, including tech giant Google, are determined to make the dream of self-driving cars a reality very soon.

Waymo, Google’s sister company, launched its self-driving car project back in 2009 and already gave us a glimpse of the world’s first fully self-driving car trip on public roads. However, launching such a car for the public requires more work and is a painstakingly slow process. In an interview with Financial Times, Waymo’s Chief Executive John Krafcik said the process of developing autonomous vehicles is an “extraordinary grind.” He even added that “it’s a bigger challenge than launching a rocket and putting it into orbit around the Earth,” because “it needs to be done safely over and over again.” Whereas with rockets, you only need it to be safe once, whilst there are people on board.

But once the issues are sorted, we can expect Waymo’s car to be launched soon enough for all of us to use. More companies like Nissan, Uber, and Tesla are expected to follow suit with their respective models in the coming years.

4. Driverless cars and the environment 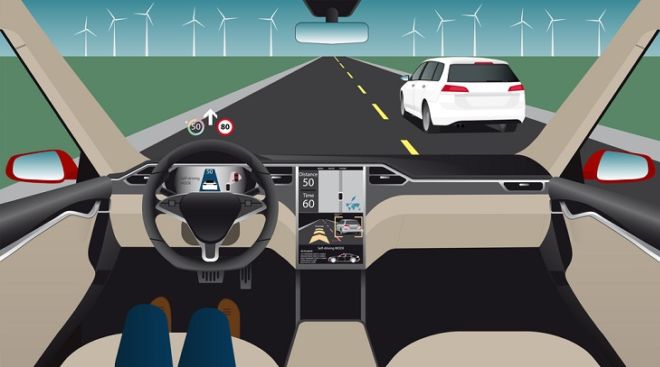 One of the hopes for driverless cars is that they will be great for the environment. For starters, fewer traffic jams are expected with autonomous vehicles which will save fuel and reduce greenhouse gases from unnecessary idling. Some experts also believe that with the advent of self-driving vehicles, people will move away from owning cars and will simply call on one whenever needed. This will reduce car trips.

However, recently some arguments are being made that self-driving cars may increase rather than decrease gas use. Researchers at the University of Michigan studied the effects of more fuel-efficient cars on miles traveled and discovered that people tend to drive more when cars get more fuel-efficient. Using economic theory and U.S. travel survey data, the team found that those extra miles may neutralize any potential energy-saving benefits that driverless cars are likely to provide.

It remains to be seen what kind of pros and cons will automated cars have on the environment but automobile manufacturers would have to keep an eye on these studies to ensure these vehicles can offer the best benefits.

5. Will self-driving cars be truly safe? 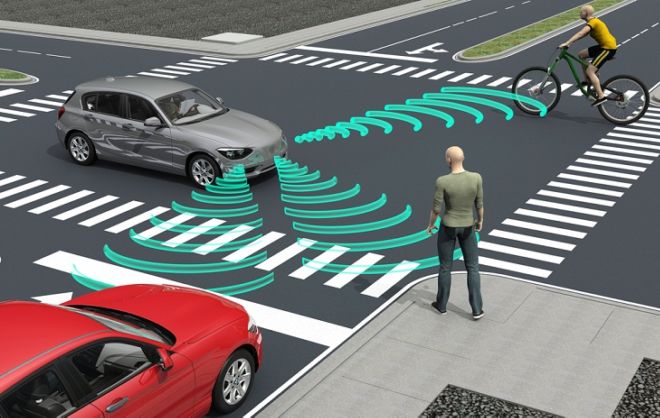 As we mentioned above, lesser accidents are being expected with self-driving cars as they will be fully automated. Human error will be eliminated with these vehicles and they definitely won’t suffer from sleep deprivation or driving under the influence of alcohol. Also, they will have wider fields of vision and will be designed to follow traffic laws. That being said, while self-driving technology can reduce crashes, some high-profile accidents in recent years have raised concerns about the reliability of autonomous-driving systems.

In 2016, a man in China was killed after his Tesla, reportedly with its self-driving features activated, crashed into the back of a cleaning vehicle. Then, in 2018, a woman in the US was killed after she was hit by a taxi that was reportedly functioning in self-driving mode. There have been a few more similar incidents in different parts of the world but the data to assess the safety of autonomous vehicles remains limited as of now.

There have also been reports that a few automated driving systems have had issues with false alarms where they have detected dangerous situations that didn’t really exist. And there have been cases where the automated system detected a hazard but didn’t put the brakes on.

The truth is that accidents with self-driving cars will keep happening. Despite that, it does appear as if driverless cars are likely to outshine human drivers from whatever little we have seen of them. For now, companies would have to keep working on improving the technology so that these vehicles are considered to be safe enough. 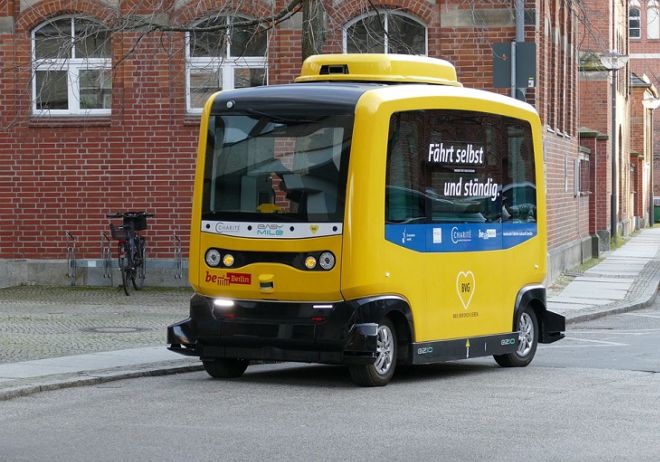 A future of driverless cars is coming, whether we like it or not. It may take a few years, but just like mobile phones changed the way we communicate, autonomous vehicles will transform the way we travel. But the big question is: will driverless vehicles completely replace regular cars? It’s difficult to answer this with complete certainty at the moment but industry experts predict that these cars could replace taxis and ride-sharing vehicles in urban cities. However, self-driving cars are likely to be extremely expensive, at least initially, as several hundred thousand dollars of technology will be invested in each of these vehicles. Thus, private ownership of driverless cars is unlikely to happen anytime in the future.

Moreover, even if driverless cars prove to be reliable, people wouldn’t just want to give up having the ability to drive. Also, the technology of automated driving systems may not be competent enough to completely replace human drivers.

Would You Like To Drive These 16 Most Unusual Cars? 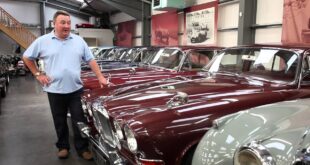 A Man Sold His Marvelous Vintage Cars Collection For $130 Million