You know what it’s like. You’re super famous. Everybody recognizes you. You can’t even open your front door without stepping into a frenzy of flash photography. We’ve all been there (…). But thanks to this paparazzi-proof privacy scarf, it won’t be easy anymore.

The scarf, called the Ishu, is made from a reflective fabric that emphasizes the camera’s flash so much that everything else in the picture becomes pitch black. The man behind the dazzling concept is Saif Siddiqui, who came up with the idea back in 2009 when one of his photographs was ruined by a bike reflector. 6 years and a bunch of research later he has a mass-production ready model. The cheapest will cost you $268, which is a small price to pay…if you’re a celebrity… 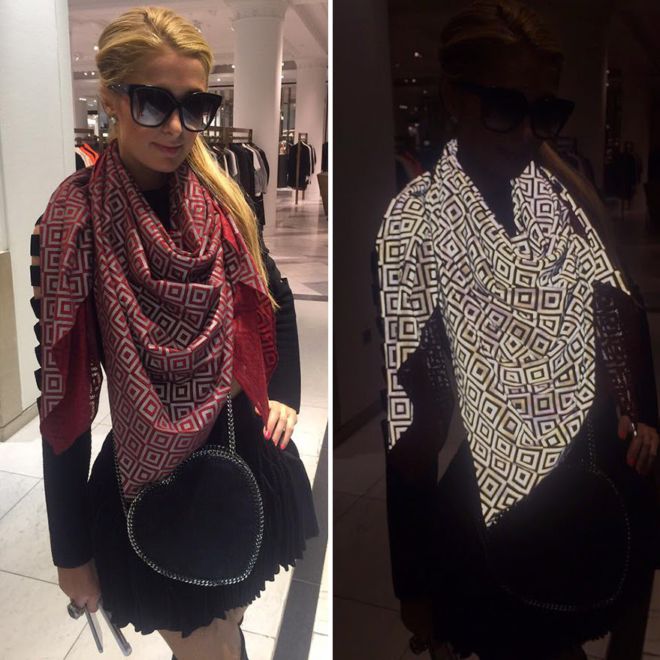 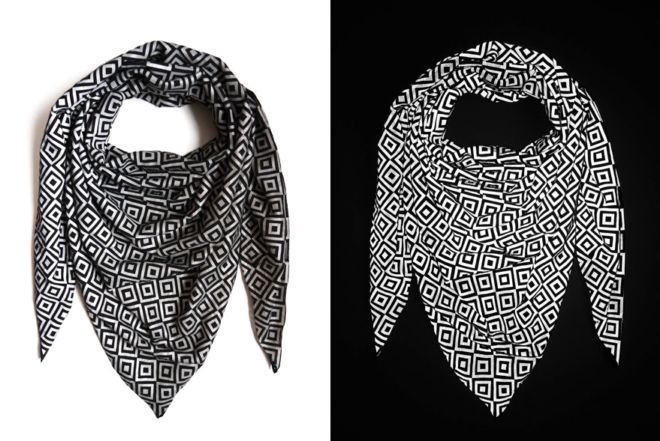 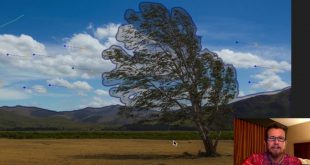