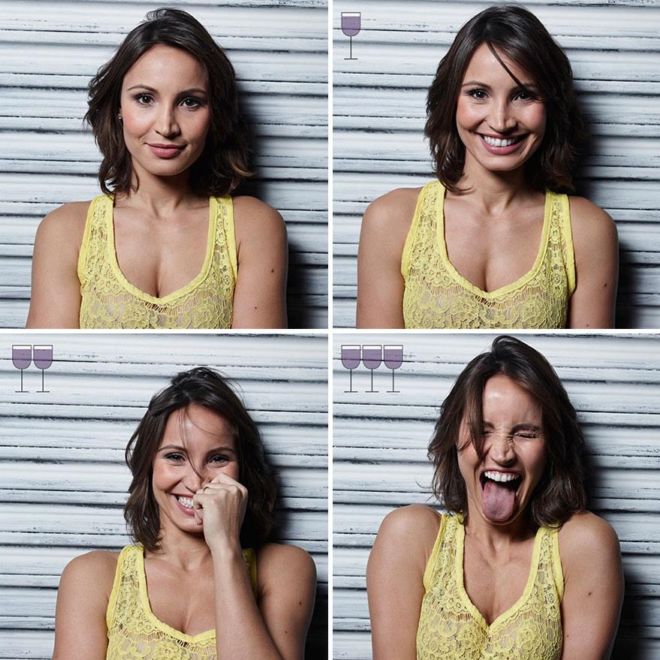 There’s a saying about wine, that “the first glass of wine is all about the food, the second glass is about love, and the third glass is about mayhem”, says Brazilian photographer Marcos Alberti. According to him, the “3 Glasses after [project] started as a joke like a game after hours”, during which he photographed his friends after one, two, and three glasses of wine.

“The first picture was taken right away when our guests have just arrived at the studio,” explains Alberti, “in order to capture the stress and the fatigue after…working all day”. As the pictures reveal, however, a smile or a hint of goofiness soon begins to creep into the photos. By the last shot, many of Alberti’s friends can scarcely contain their mirth! 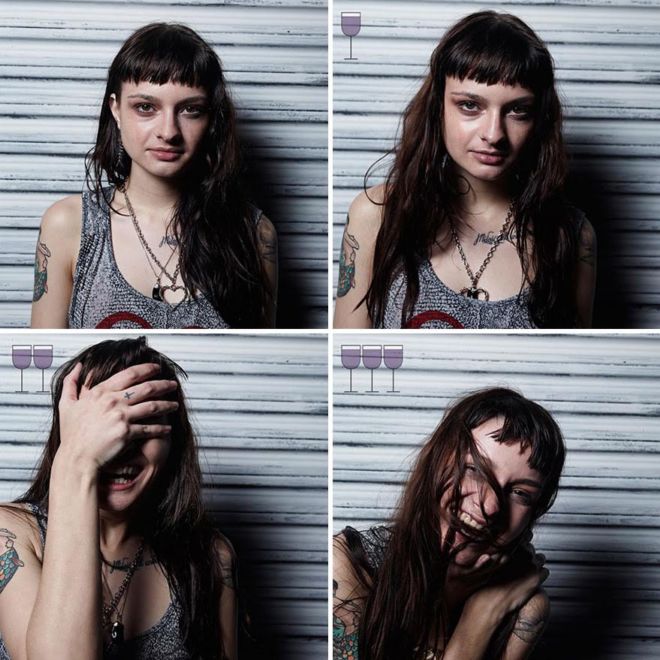 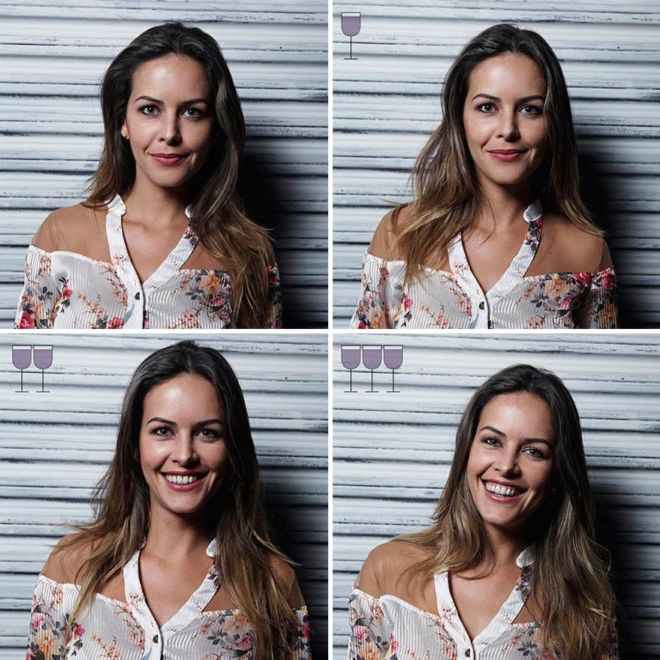 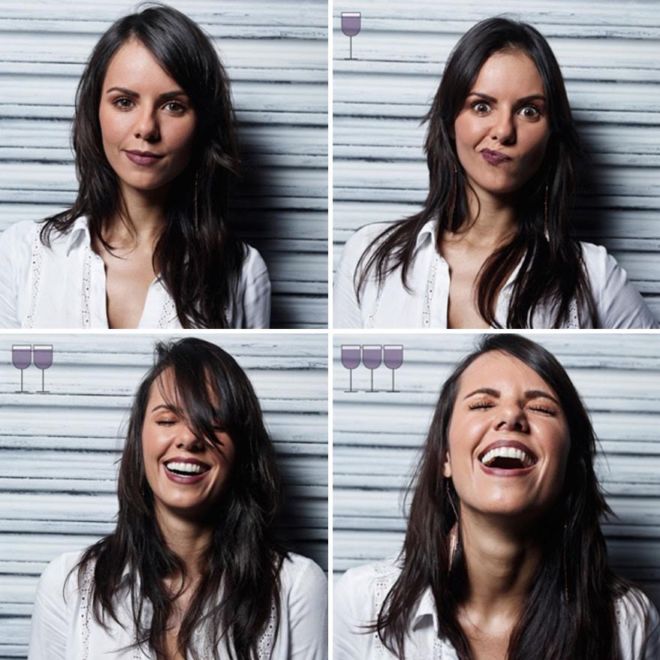 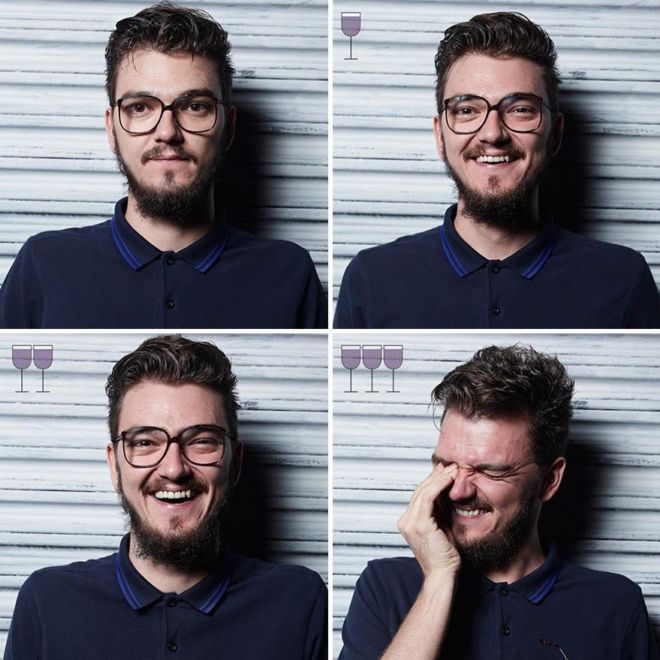 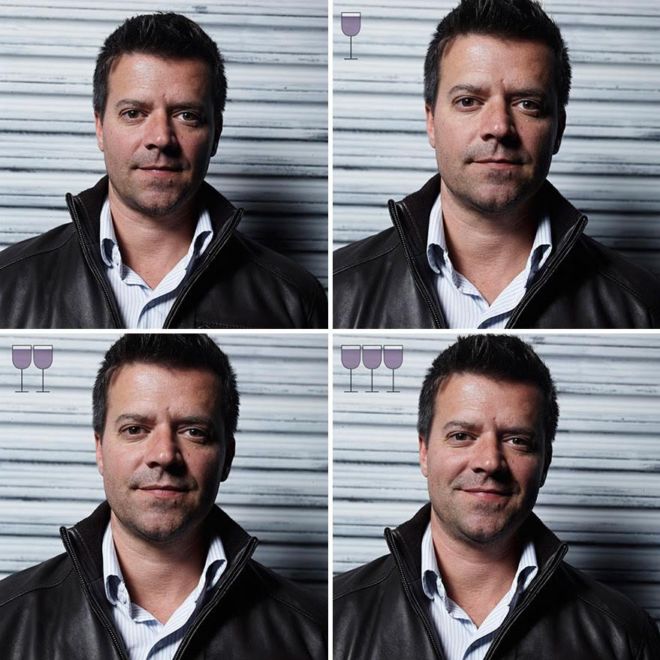 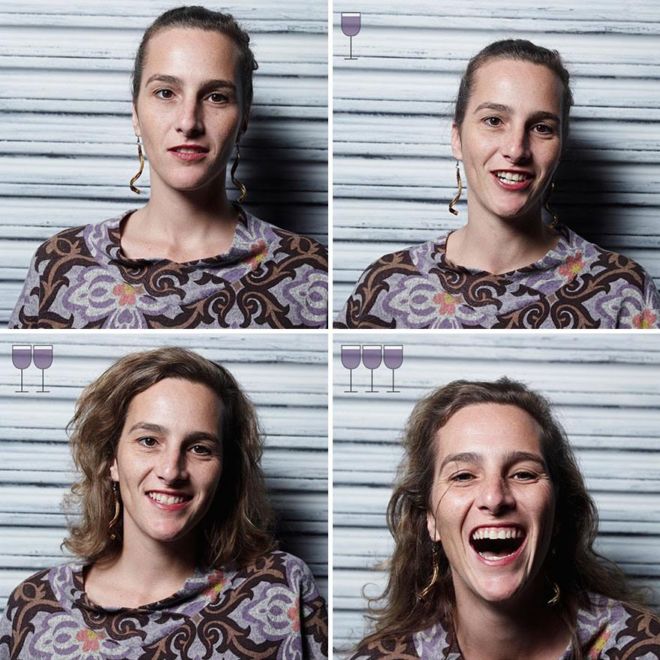 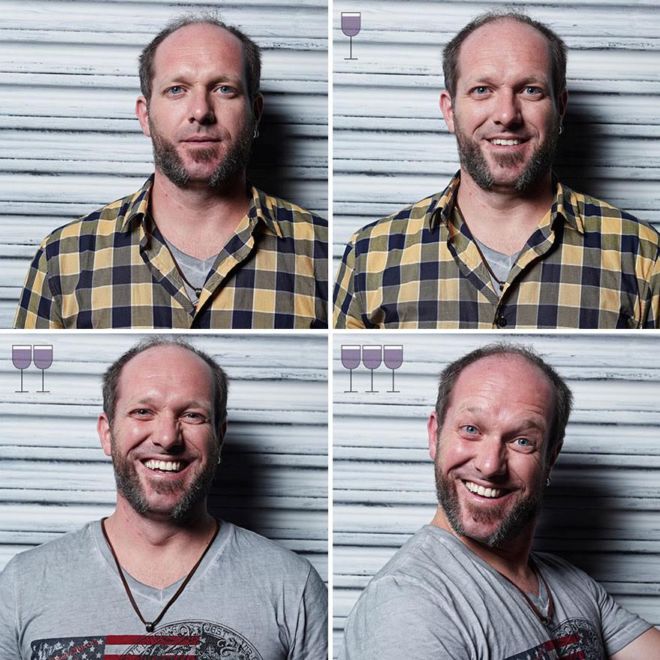 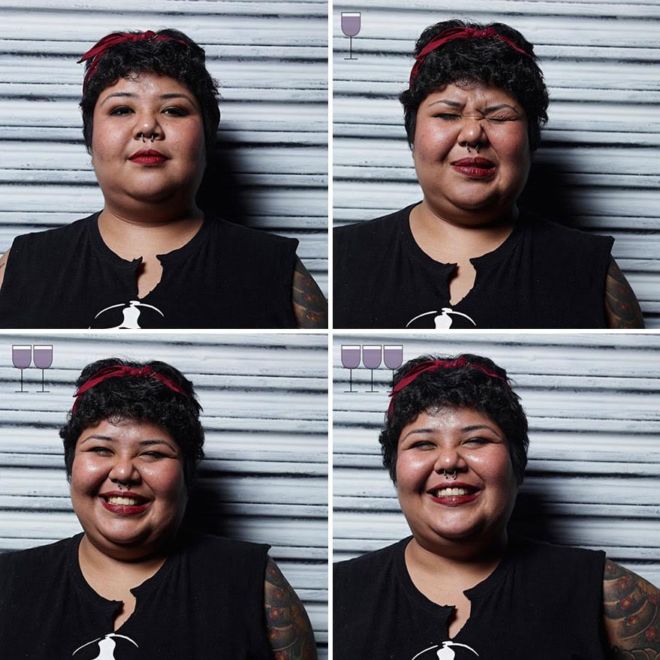 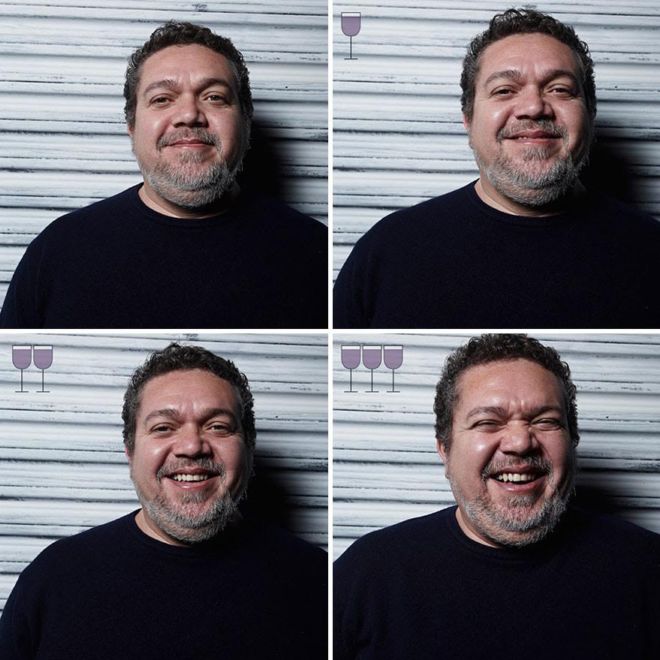 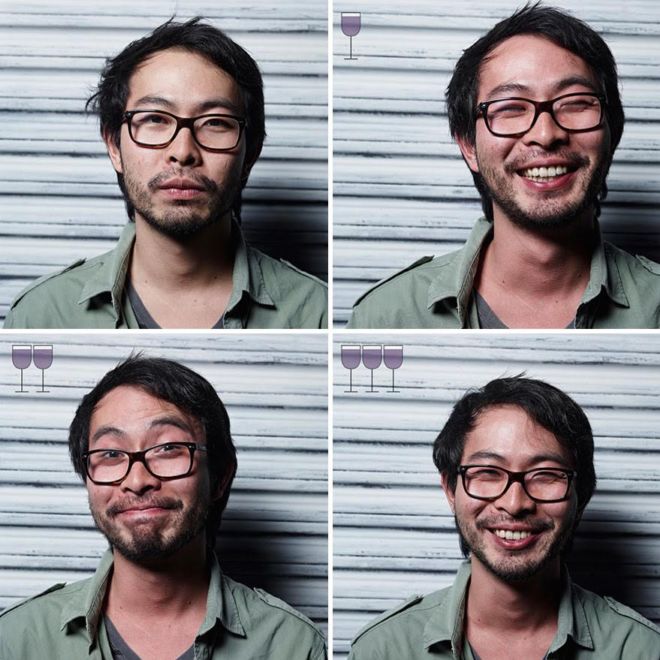 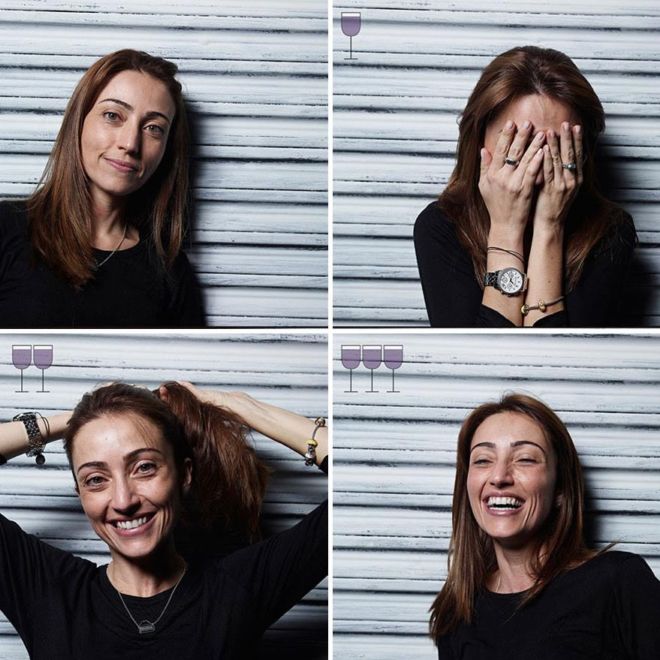