Dead Sea of China – The World’s Most Packed Swimming Pool

The World’s Most Packed Swimming Pool the “Dead Sea of China” Can Accommodate Over 10,000 People

As the heat wave hits China, thousands of swimmers gather in a pool known as the Dead Sea of China, in Daying County, Sichuan province. To escape from the sweltering heat and terrible temperatures during summers, thousands of visitors come here to spend time in the pool and cool off.

The pool is famous for being the largest indoor pool in China, covering over 30,000 square meters and for being the most crowded pool in the world. It can accommodate as many as 10,000 people at once and over a million people visit the place every summer. 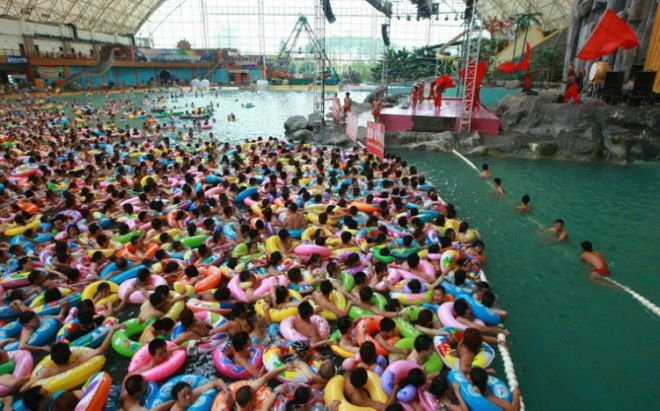 It is called the Dead Sea of China because the salinity of water is so high, almost 22%, that the swimmers float freely on the surface of the water, just like they would in the Dead Sea in the Middle East. 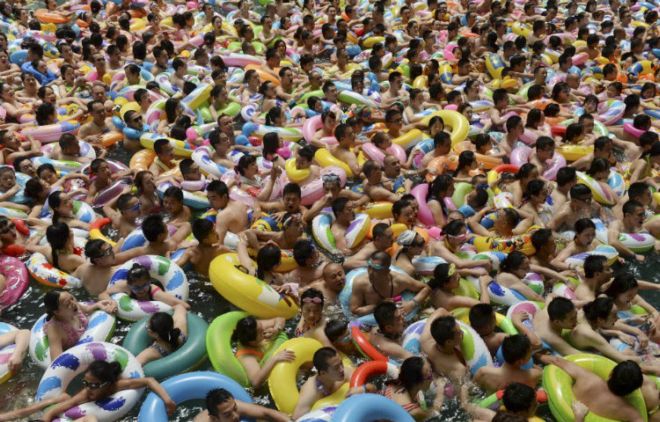