The 11 Lesser Known Forts In India

Forts have played an important role in the medieval history of India and perhaps the world. Just like the medieval kings of Europe who based their kingdoms around highly secure castles, forts built by chieftains, clans and rulers served as a defense mechanism against invaders. Many of these forts fortified households and entities that owed allegiance to the ruler, so it was almost like a small city of its own. The Archaeological Survey Of India has numerous forts listed as heritage monuments some which outdo the others. You may not have heard of these medieval monuments before, but they have played an equally important role in the functioning of what used to be their domain once upon a time.

1. Ahilya Fort, Maheswar, Madhya Pradesh
Maheswar is located 91 km from the city of Indore on the northern bank of the Narmada river. It was once the capital of the Malwa region which was ruled by the Holkar Dynasty of the Maratha clan for 4000 years. Queen Ahilyabai Holkar built the fort along the banks of the river Narmada due to her devotion to Shiva as it was a product of his being. Even today you can see ghats leading down from the fort where ceremonial rituals are performed.

The fort houses a temple complex fully devoted to Shiva with distinct Maratha architecture. The queen is remembered for her excellent administrative abilities and patronage towards cottage industries that flourish today. A room in the fort houses her collection of idols of Shiva cast in gold and silver. The most spectacular is the golden swing on which she would seat the idols. Ahilyabai’s court, where she would consult her generals, has been restored and gives an idea of her life in those days.

Currently the Ahilya Fort is run as a heritage hotel which is still owned by the descendants of the family. Richard Holkar, the son of the former Maharaja of Indore, runs the 13 room hotel which offers unique views of Maheswar and the Narmada river flowing alongside. 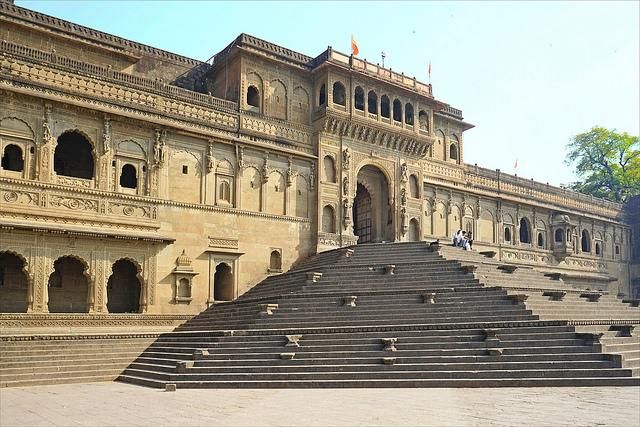 Kumbhalgarh fort was built by Rana Kumbha of Mewar in the 15th century and is said to resemble the Great Wall of China due to its 36 km long perimeter of walls. The fort separated Mewar from Marwar and was said to be impenetrable thereby allowing a safe refuge for Mewar rulers who came under threat. The fort fell due to a shortage of water and a joint invasion by the Mughals, Raja Man Singh of Amber, Raja Udai Singh of Marwar and the Mirzas of Gujarat.

The fort complex encloses upon fertile lands of the kingdom as well as 360 temples, 300 of which are Jain. The thick walls of the fort (up to fifteen feet wide) have seven gateways. Today the fort is a museum and some parts of the complex are off limits due to the fear of defense mechanisms and traps that may not have been disabled.

Kumbhalgarh is accessible by road and is 82 km northwest of Udaipur. 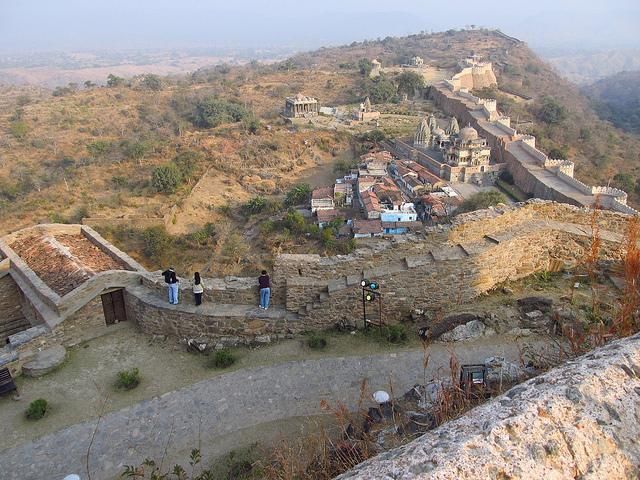