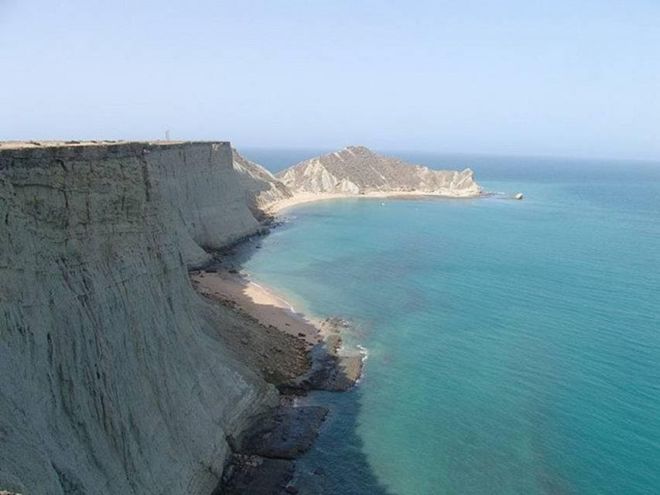 “Astola Island” [near Pasni Baluchistan 40 km from shore]. Astola is Pakistan’s largest offshore island and the only significant offshore

island in the northern Arabian Sea. 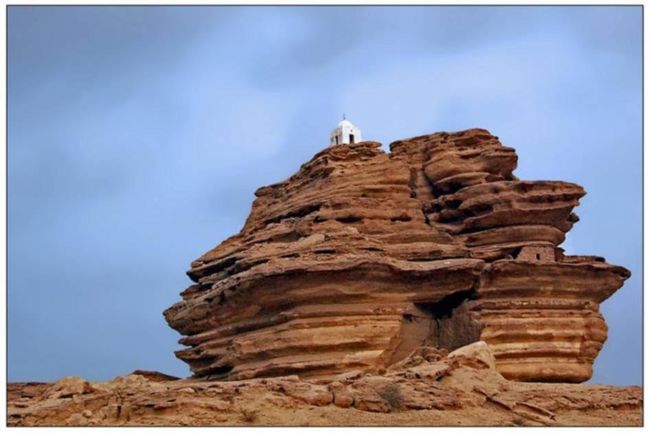 [near Rohri in Sindh] The shape of rock was caused by unknown natural forces.
There is also a Shrine on the top. 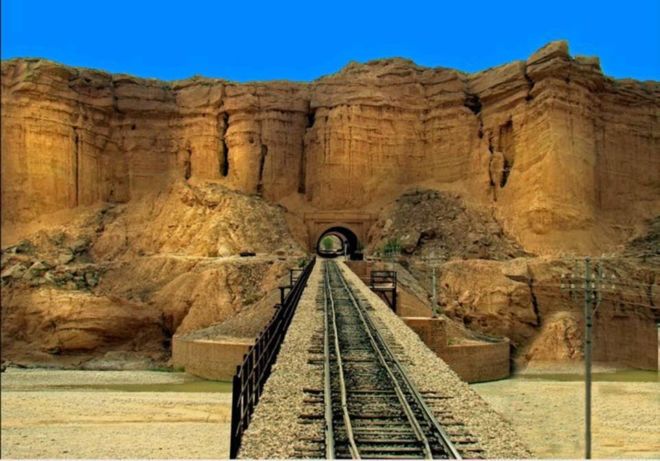 This is an amazing view of a tunnel and bridge over a river on the railway track from “Rohri to Quetta”.

This track passes through 20 tunnels and over 368 bridges.
It’s the longest Railway gradient of world, and most scenic Railway ride of Asia. 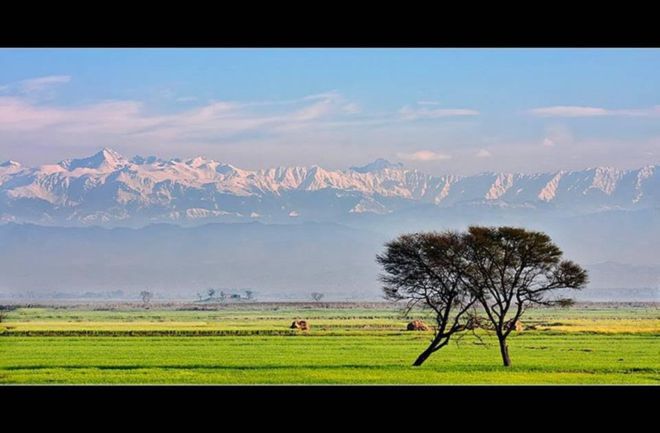 Mountains of Jammu & Kashmir in the background. 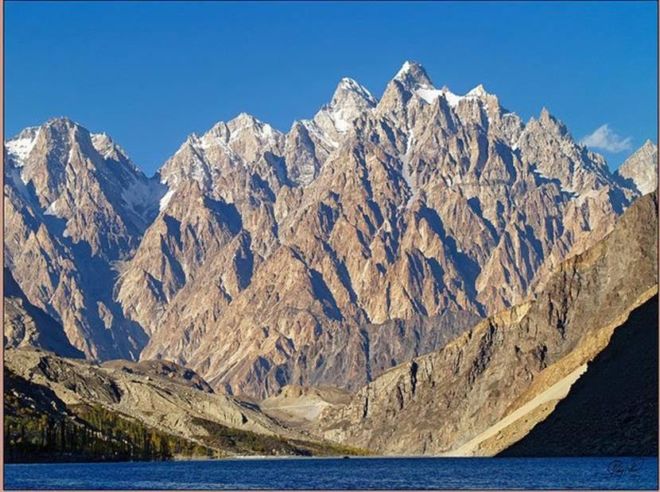 Attabad Lake also known as Hunza Lake is a lake in the Hunza Valley of northern Pakistan.

The beautiful lake was formed due to a massive landslide at Attabad village in Gilgit-Baltistan, 9 miles (14 km) upstream (east) 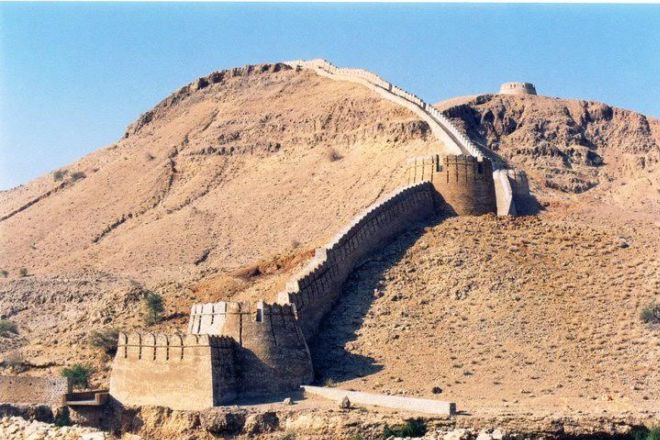 Is this Great Wall of China?

No. It’s Wall of Sindh in Ranikot [3 hrs drive from Karachi].
It’s the part of one of the Largest Fort in World, Fort of Ranikot.