A guy who lives at Lake Saint Marys (60 miles north of Dayton, OH ) saw a ball bouncing around kind of strange in the lake and went to investigate.

It turned out to be a flathead catfish that had apparently tried to swallow a basketball which became stuck in its mouth!

The fish was totally exhausted from trying to dive, but unable to, because the ball would always bring him back up to the surface.

The guy tried numerous times to get the ball out, but was unsuccessful. He finally had his wife cut the ball in order to deflate it and release the hungry catfish.

You probably wouldn’t have believed this, if you hadn’t seen the following pictures: 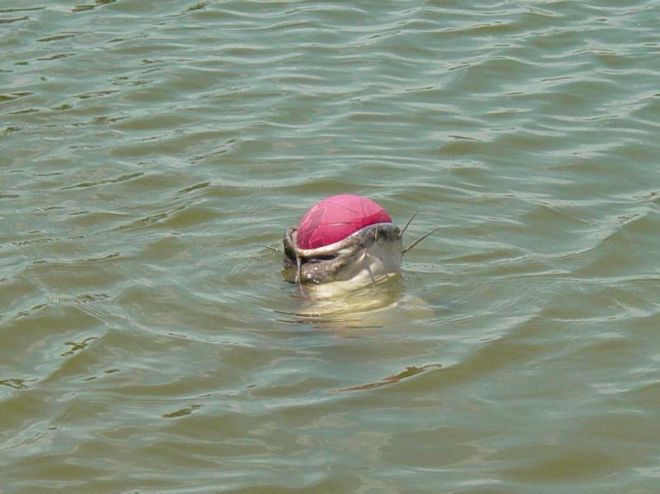 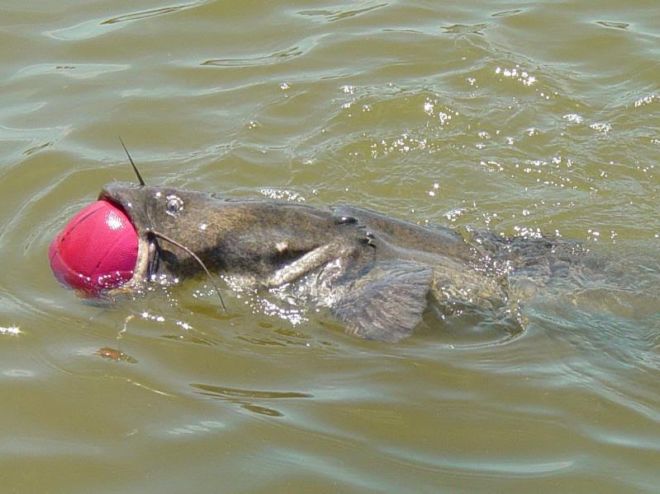 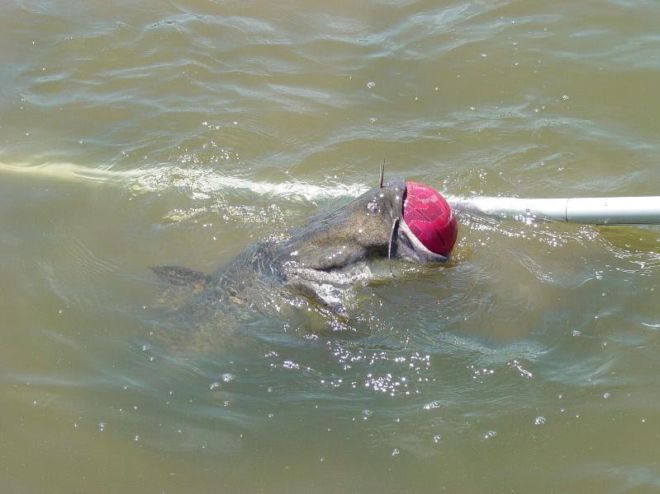 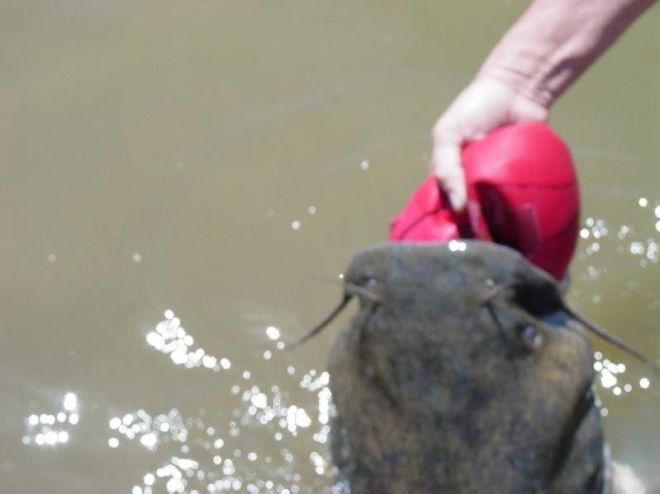 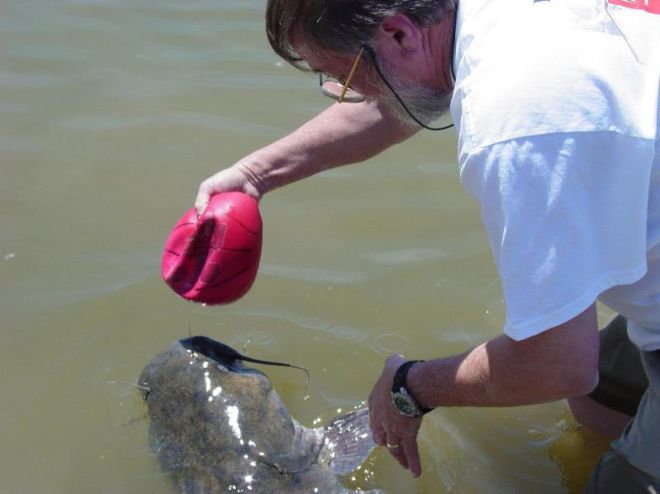