Fog Waves Captured After 8 Years Of Experimenting
by, NIck Steinberg

For the last 8 years I’ve been shooting in the San Francisco area I have been absolutely obsessed with the fog. Night and day it’s what I live for and what defines my photographic style. I check the cams, satellites, and other forecasts to always be able to just get up and go. We even have a small group of about 20 of us known as, “Fogaholics” where we keep each other updated all the time as soon as we see it roll in. 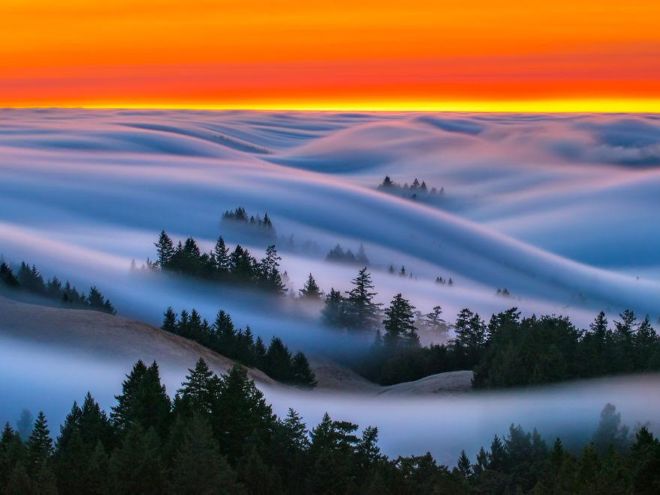 Recently in my studies of the area I have discovered something amazing! During the summer months, when the fog is created from high amounts of inland heat, it gets too high to shoot in the bay area (including the Golden Gate Bridge) as it is usually above 1,000′ and the bridge sits at 746′. In addition, since it is coming from the Pacific ocean, the coastline is pretty much unshootable. So the only option is to hit up the high vantage points, one of the best being Mt. Tamalpais, which sits at 2,572′. Mt. Tam allows you to get, “above it all” and is literally heaven on earth as you feel on top of the world or almost on an airplane looking down on clouds. What I discovered from hundreds of trips up there is, when the fog rolls through and is at the perfect height and density, it will create wave-like movements as it contours the land. This is where I coined the term “Fog Waves” as it literally looks like waves that resemble the ocean. 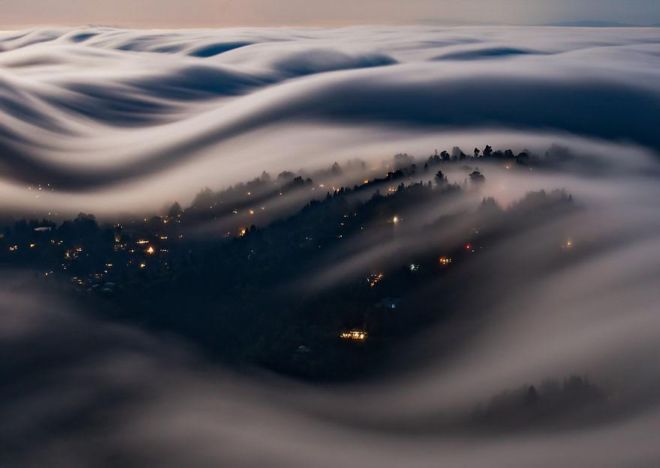 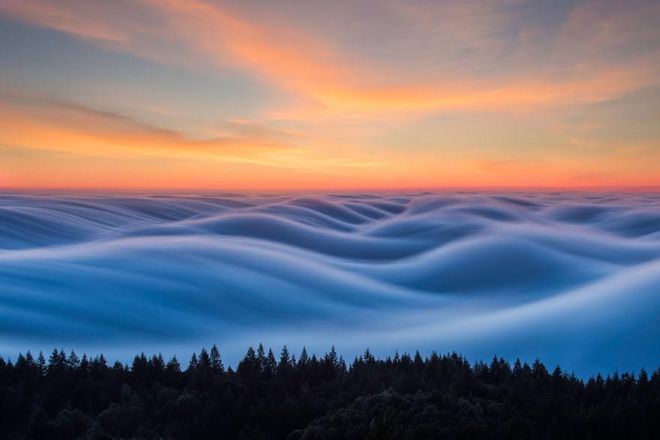 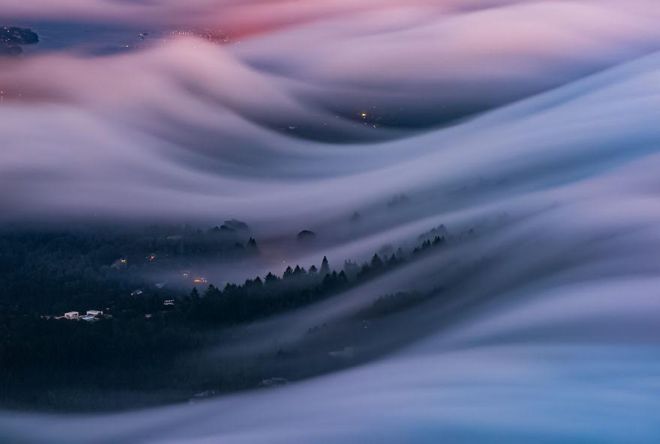