The Giant Cave In China With 100 People Living Inside

Zhongdong village in Guizhou Province, China, is believed to be the country’s only inhabited, year-round settlement located inside a naturally occurring cave.

At 1800 meters (almost 6000 ft) above sea level, the cave can only be accessed by a one hour hike, and because of such inaccessibility, the community struggles to survive. To make matters worse, the government stated that “China is not a society of cavemen” and closed the village school in 2008. Now the children must trek by foot for two hours every morning and evening to attend another school.

In order to improve the livelihoods of villagers, elders have been trying to lobby the local government to build them a road linking the cave to existing infrastructure, but while Zhongdong has access to television and the occasional newspaper, the village still remains largely disconnected from the outside world.

UPDATE: After a discussion with a Chinese person some additional information emerged. With growing media attention the site gained tourist attraction and now has a road, linking it to the outside world. Also, as time went by, more and more locals relocated to other areas (as per the government’s request), however the majority stayed. Also, the students were sent away to live and study at another school in a different area but most visit their families on weekends and during holiday seasons.

Inside this cave there’s a village with about 100 people 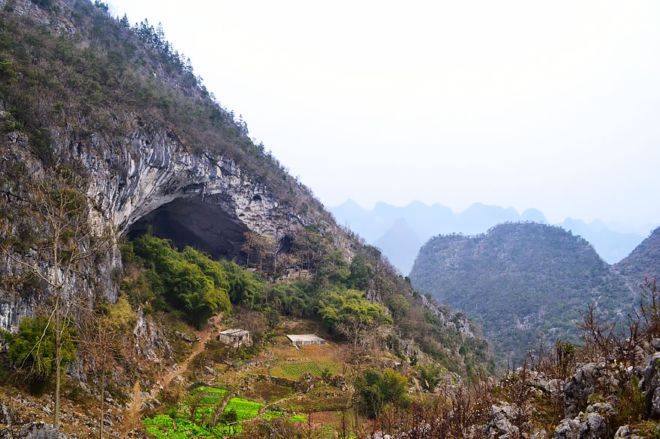 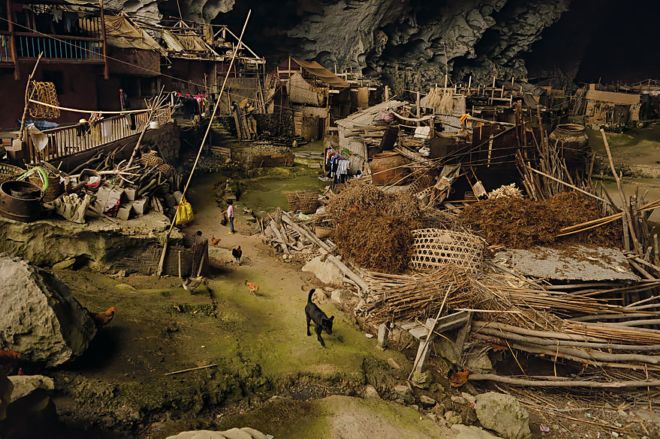 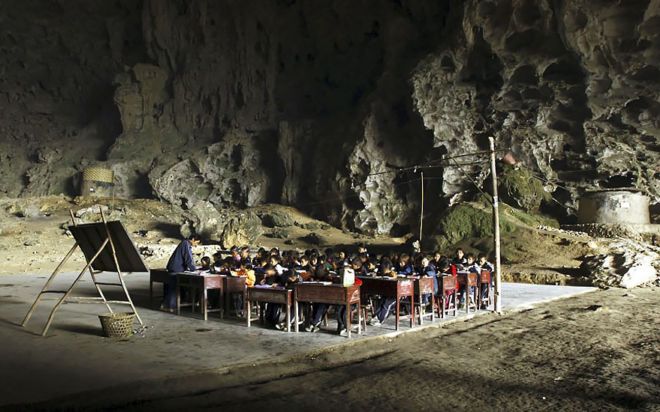 Each week, they will buy necessities in the market which is 15 km away, on foot

They even have a basketball court 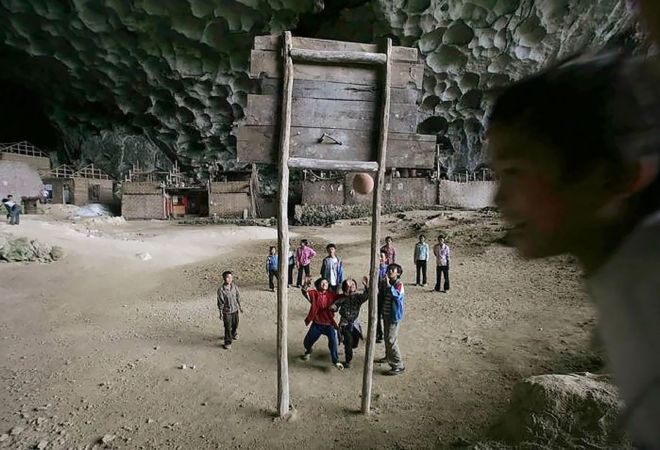