Mother India is considered to be one of the most iconic Indian movies. And the film’s poster featuring Nargis with a distressed look on her face and holding what seems to be an iron slab is characteristically Bollywood. 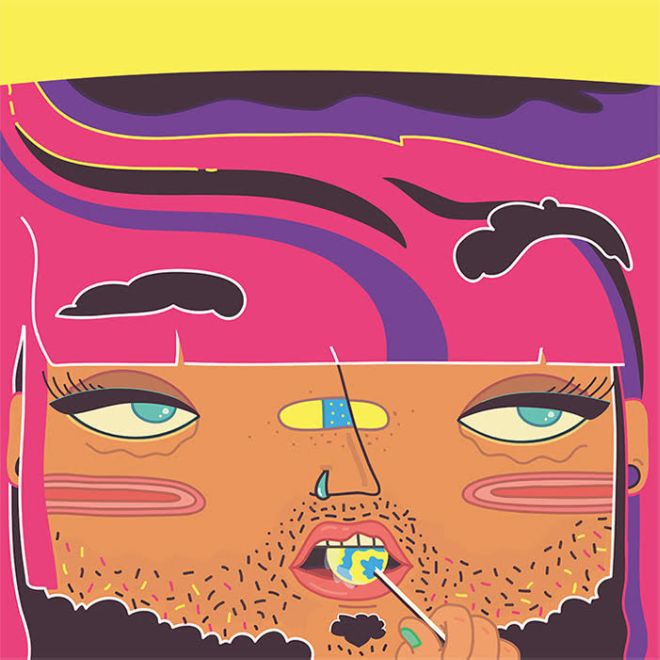 Adrita Das, one of the artists collaborating with Indianama, chose this 1957 classic as her year and event to center her art work around. She uses the movie and the protagonist, Nargis, as a metaphor for the role of women in Indian society.

In the movie, Nargis’ husband leaves her and their three children after he loses both his hands in an accident. The onus of putting food on the table falls on her shoulders and she is portrayed as a self sacrificing mother who will move mountains but won’t let her kids go without a meal. In a way, she symbolises what is expected of women in India till date.

Adrita says, “When I heard about Indianama, Mother India was the first thing that came to my mind. Nargis, for me, is a symbol of what is expected of women in India. They are still expected to be the caretakers of the house and family.” 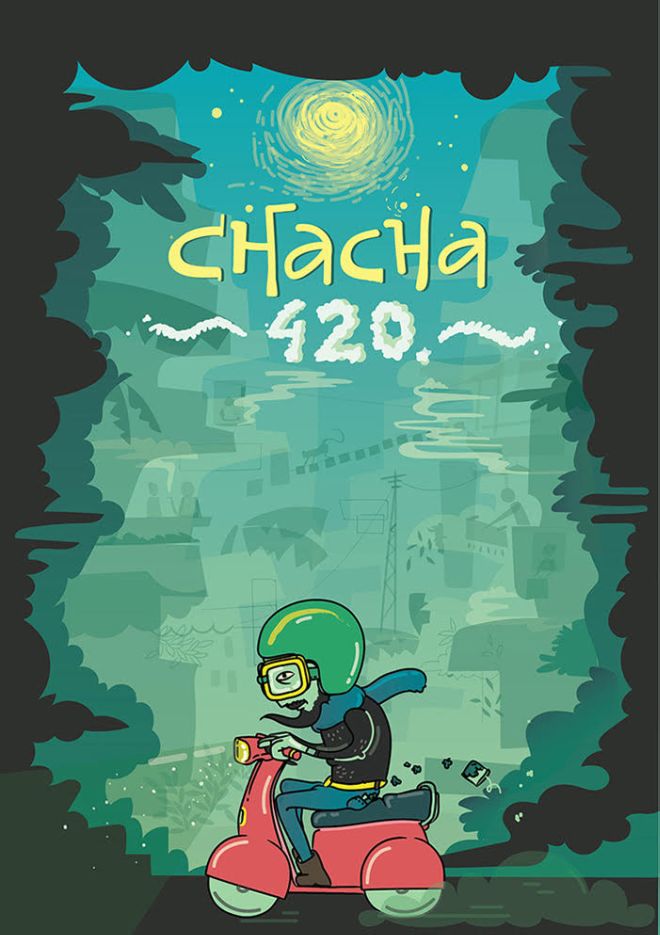 The 24-year-old uses the movie to also explore the issue of feminism which is ever relevant in India. Feminism is a topic that upon its utterance automatically creates two camps. In one, there are those who are passionate believers in the movement and in the other, there are those who prefer keeping mum. Adrita is under the belief that a lot of women who are feminists are shy of accepting the tag because of the negativity surrounding the word and topic. The graphic artist, however, is a strong feminist and draws a lot of her inspiration from the same.

Women in India, she says, have made lot of progress since the movie was released in 1957 but there is still much ground to cover. She says, “We live in a very patriarchal society and it exists either subtly or blatantly in most Indian households.” Women, for example, are expected to know how to cook. Adrita says that cooking is a skill everyone should know. Men need to know cooking if they are to experience complete independence, then why is the burden constantly placed on women? 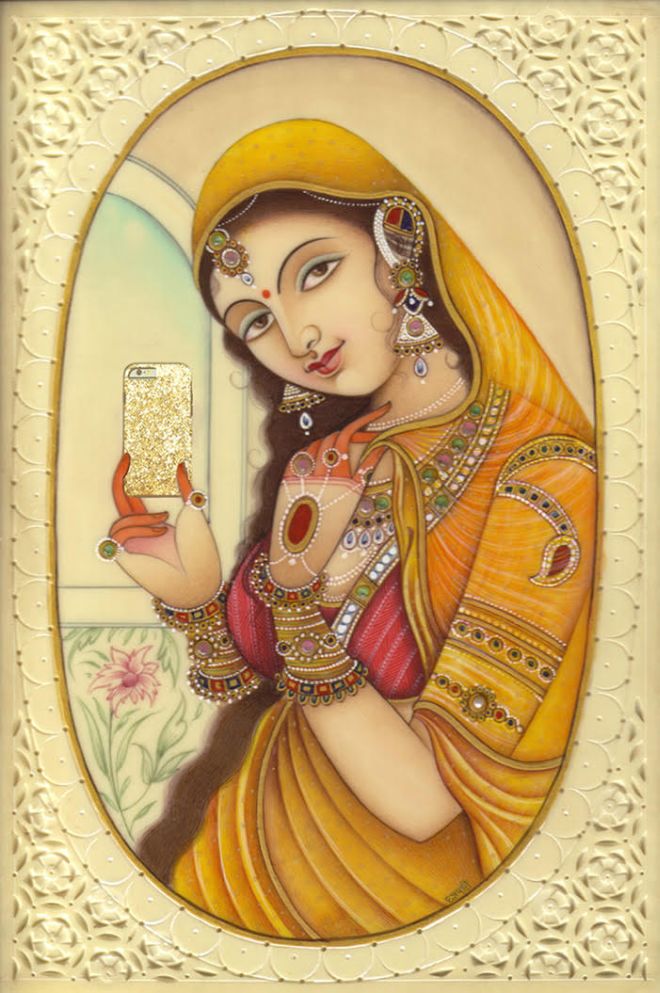 “This topic resonated with me because women are still expected to be the nurturers and caretakers of the family. Society right now allows us to be feminists but it also wants us to balance our working life with taking-care-of-our-family-bit,” Adrita told Indiatimes. And the movie depicts this in a different setting – Nargis is portrayed as a “megawoman” who will do absolutely everything for her family. 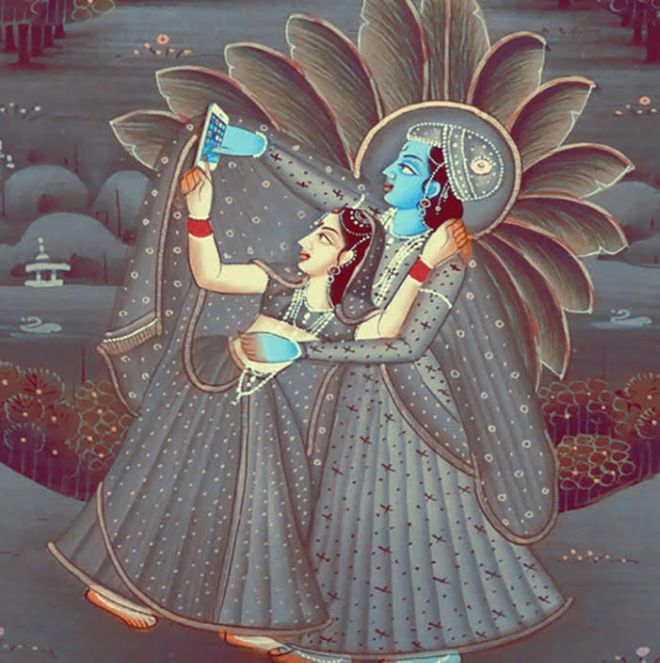 The artist, who lives in Pune, has tried to incorporate the vintage poster quality to her artwork for Indianama. Through this piece she wants to connect with all including those who haven’t watched the movie. For those who have watched the film, she says, “I think when people see my work they will immediately be reminded of Mother India’s poster and so the importance of the film” and for those who haven’t watched the film, “I hope they get the underlying tone that women are strong and can achieve anything” which she has expressed in a subtle and humourous manner. 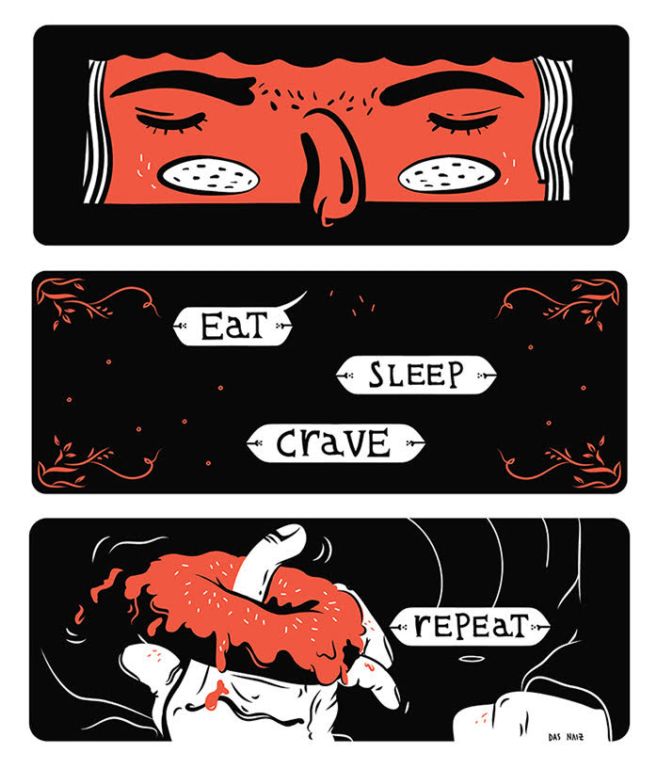 Progress has been marked. The urban Indian woman is taking on challenges and roles in the workforce without letting fears of “home” undermine her potential. But this change is mostly restricted to urban India, when in fact Adrita says, feminism as a movement needs not to be restricted to urban cities only but to reach grassroot levels as well. The biggest challenge, she adds, is making people realise that a bias exists. Change will start from thereon. 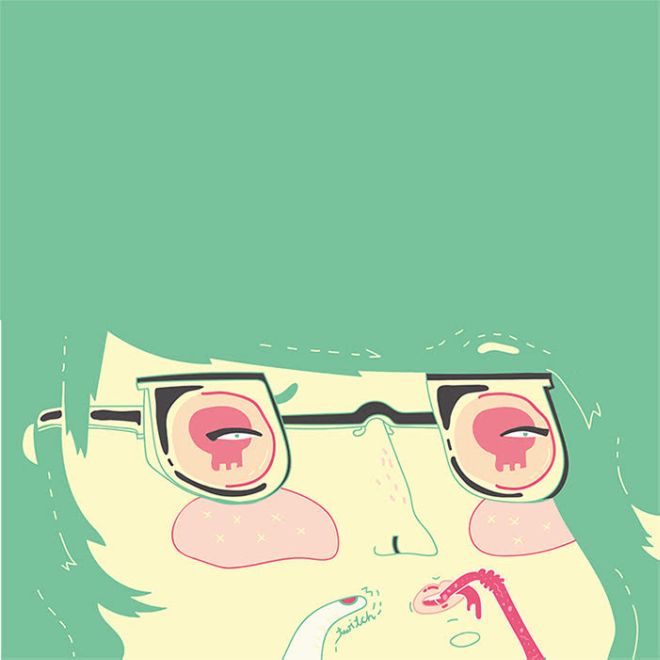 Feminism is a very personal journey for both men and women. The Srishti School of Design Graduate says that we need to challenge bias every step of the way because ignoring it banks it in our subconscious. “Point out a bias as soon as you see one,” she says. 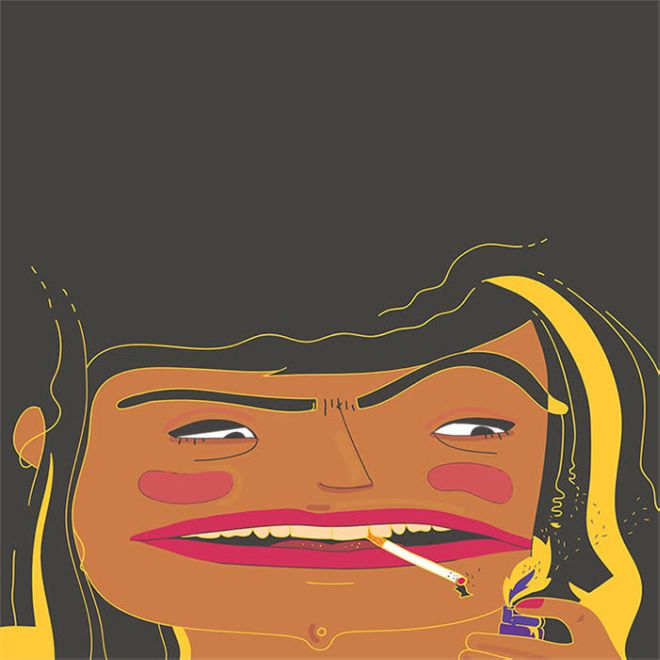 And hopefully, she adds, art coupled with the internet and humour will affect people on a personal front and change minds. “It needs to be done very cleverly though.”