5 Simple Phrases People Use To Manipulate You 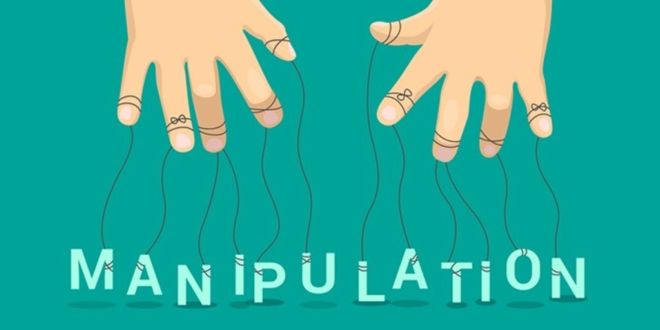 People who have mastered the art of manipulation are some of the most elaborate story weavers, “misdirecter’s”, evasive, and annoying people in the entire world.

They know just what to say, how to say it, who to say it too, and what to do with them afterwards all in order to get what they want. These people have little to no concern for people’s feelings or their lives all together.

You are but a minor inconvenience for the thing that they want most out of you.

Just so you know what to look for when it comes to dealing with a manipulative person, you should be aware of these common misdirection’s that they give people once they have set their eye’s on something they want.

Often times a manipulative person will tell you that you are overreacting to what they want from you. They will try to play it off as if they weren’t asking anything from you at all.

Most of the time they will overreact themselves if you continue to deny them whatever it is they are looking for. Do not give in, you are not overreacting, they simply want to see you cave in to their needs.

Following up with saying not to overreact, they will tell you to not be dramatic at them. Unfortunately, this scenario is already dramatic with them prying whatever information they can from you.

It is important that you see them as being the dramatic ones and do not pander to their little manipulative games.

Just by saying this, this person is already demonstrating that they do not care for your feelings for the situation. Regardless of whatever it is they are asking and you are not comfortable with it, you do not have to explain to them why you feel the way you do.

You do not have to entertain someone who isn’t going to care whether you help them or not. Your feelings are more than valid and if they say not to help this person, then you shouldn’t indulge.

If this person truly has the audacity to call you crazy or say don’t be crazy after you say no to them, then you will want to address this immediately. Do not give into their games no matter what they try to tell you or how you’re acting.

If you being “crazy” is a rational response to their wants or needs, then there is probably a good reason why you’re feeling that way. You are not crazy, you are thinking clearly more than ever. If anyone should be claimed crazy it is them.

Often times the manipulator will resort to saying this final sentence of “do not misunderstand my intentions.” Unfortunately, there is no other way to interpret the things that they want from you.

They have already misunderstood you when it comes to your wants and needs by harassing you for something for their own personal gain.

You have not misunderstood anything at all. You do not owe this person a single thing. Not even the time that you are spending with them at this present moment.

If you are living a life with a person who often manipulates you or others, you may have to address this toxic behavior and then remove yourself from their presence entirely.

There are no compromises, there is no talking it through, there is no coming to an understanding, and if they really want these things from you that badly, they are going to have to go find it from someone else.