6 Famous Da Vinci Inventions That Were Ahead Of Their Time

Da Vinci’s Inventions that Were Ahead of their Time

When I hear the name Leonardo Da Vinci, my first associations are his incredible works of art, such as “The Mona Lisa” or “The Last Supper”. Da Vinci, however, was a man of many talents and not just a mere painter – he was also a prolific inventor who came up with concepts that were so advanced, they could only have been realized in our time.
Da Vinci used to write down his ideas and sketch designs in his notebook; most of them were preserved after his death in 1519. There isn’t any evidence that most of Da Vinci’s inventions were constructed during his lifetime, but these 6 designs most definitely were centuries ahead of their time. 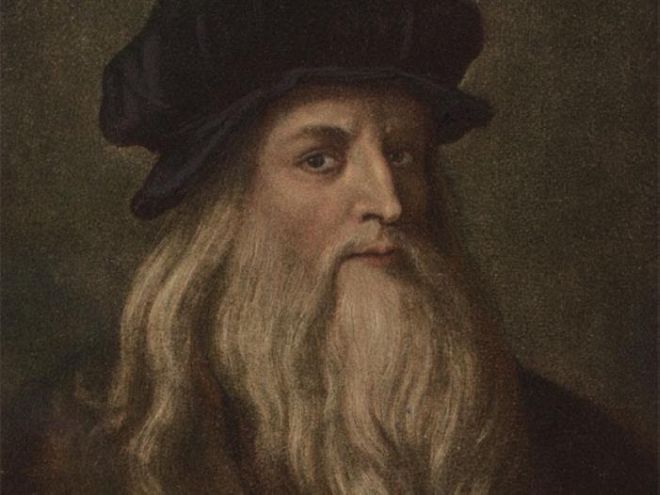 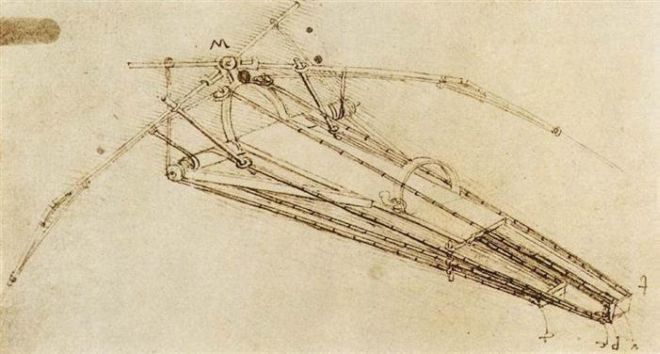 Da Vinci had hundreds of sketches in his notebook that revolved around flight. The design he put most of his time into, was based off of the body structure of birds and bats.
The design included a set of very large wings, attached to a wooden frame where the pilot is meant to lie down on his stomach and control the device with some levers. Sadly, Da Vinci never constructed the flying machine, and experts claim that even if he did – it wouldn’t be able to get off the ground or sustain flight without an engine.
It took 400 years until people managed to build a machine that could actually fly. 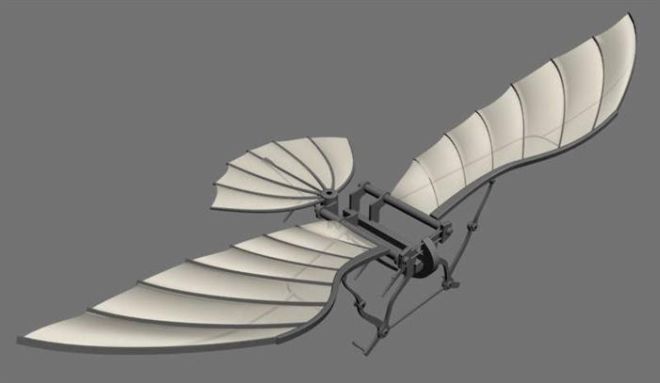 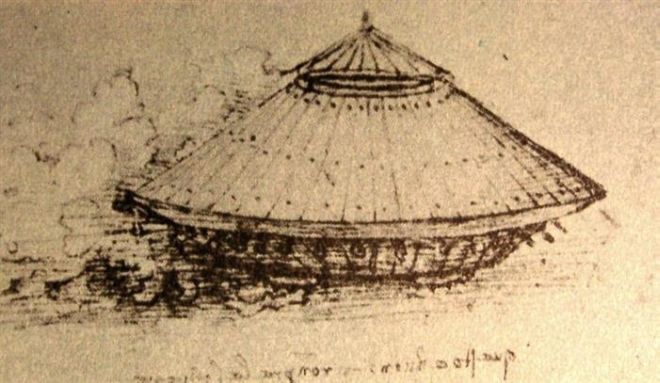 Most people consider Da Vinci to be a delicate soul, mainly concerned with creating art. Da Vinci was also heavily involved in military technologies, and one of his greatest patrons, Ludovico Sforza, the duke of Milan was the man entrusted with defending Italy from the invading French army.
To receive Sforza’s financial patronage, Da Vinci designed a variety of military contraptions, an armored tank being one of them. The invention included a human-powered carriage, covered in sheets of metal with slits that would allow Italian soldiers to fire their rifles safely.
his flying machine, Da Vinci’s tank also never saw the light of day. 400 years later, tanks became commonplace in all of the world’s armies. 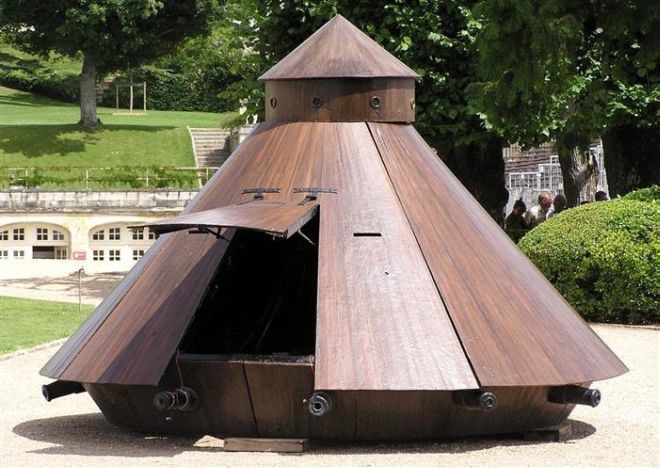 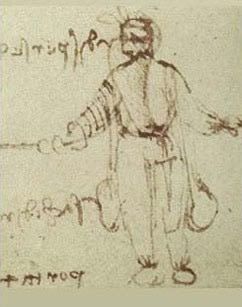 Even though he wasn’t the first person to come up with the idea of a diving suit, his design was the most ingenious and advanced for its time. According to his sketches, the suit was to be made almost entirely of leather and included a full body combination of a jacket, pants and a helmet with tiny glass windows. Air was to be kept in the front bulge of the jacket with tubes attached to the mask to allow the diver to breath.
The suit even had a small compartment for urine collection, because Da Vinci didn’t know how long the diver would have to remain underwater. Special pockets for various tools were also designed into the suit, including a knife, and even a horn the diver could blow to signal that he needed to surface.
It was not until Jacque Cousteau invented the “water lung” in the middle of the 20th-cetury that diving suits became common. 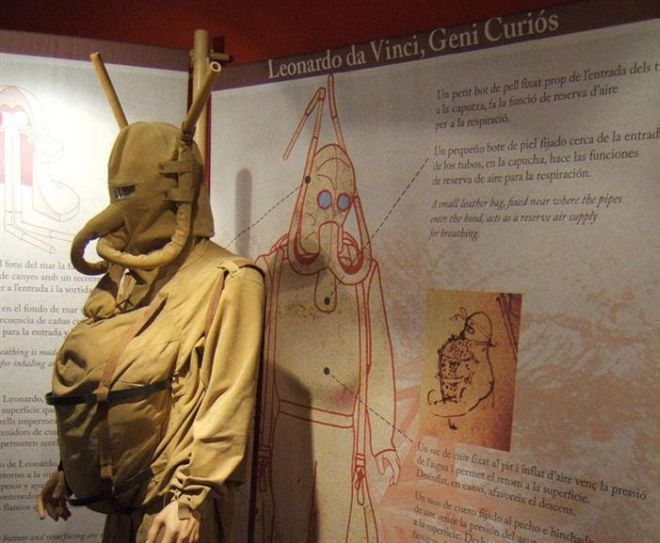 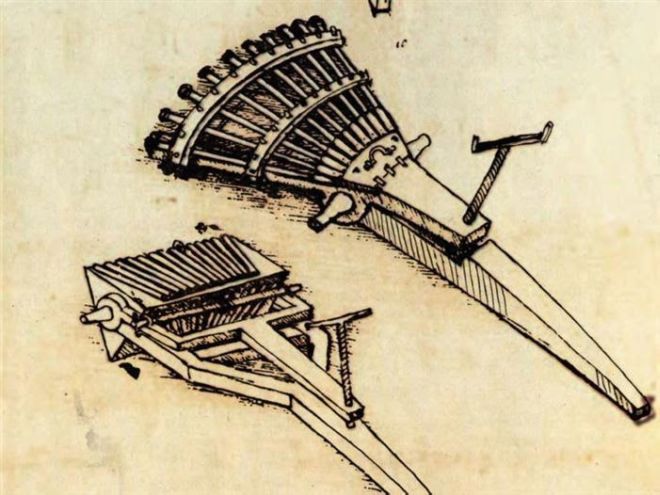 Another one of Da Vinci’s ingenious military designs was the machine gun, which has some resemblance to modern-day weapons. The design was for a typical cannon, but with 12 barrels. The device could shoot one cannonball, then quickly be moved to the next loaded barrel and shoot again, as the used barrel was being loaded.
This design was also never constructed during Da Vinci’s lifetime, and the first modern machine gun appeared on the battlefield in 1862, during the American Civil War. 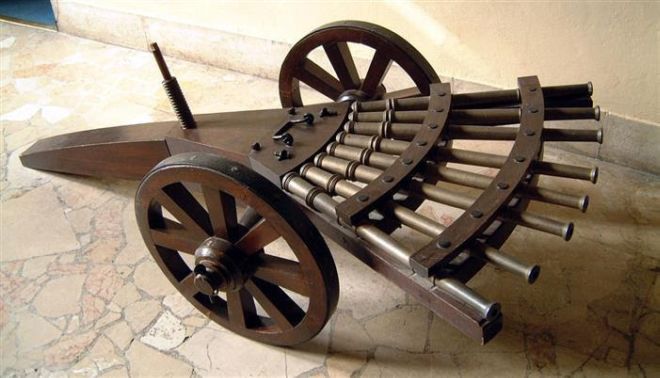 5. The City of the Future 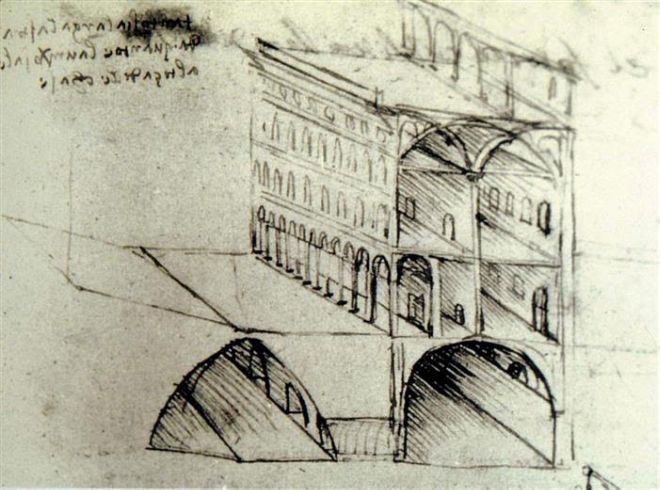 During the 15th-century, Europe was still recovering from the black plague, which annihilated more than a third of Europe’s population. Da Vinci noticed that cities were more vulnerable to the plague in comparison with rural areas and hypothesized that the cause was how cities were constructed, making them more vulnerable.
The solution was a whole new futuristic city, fully designed from top to bottom to provide the best sanitary conditions to the inhabitants. Da Vinci’s City of the Future was divided into several “layers”. Anything that was considered to be unhygienic would be located in the bottom layer, to be evacuated via canals. Each part of the city would enjoy running water thanks to an intricate hydraulic system that also served as the basis of modern plumbing.
The result was a marvel of city planning, but its construction was beyond Da Vinci’s means, and he couldn’t find a patron that would support his endeavors. 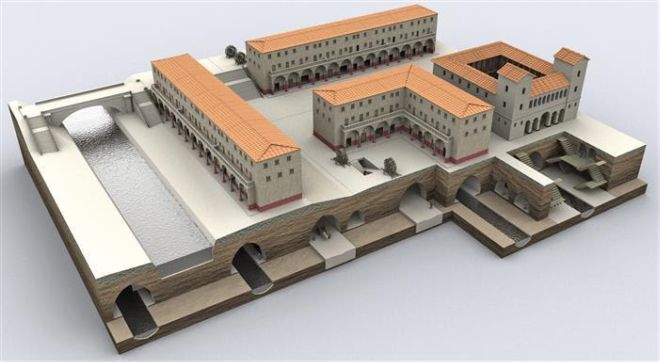 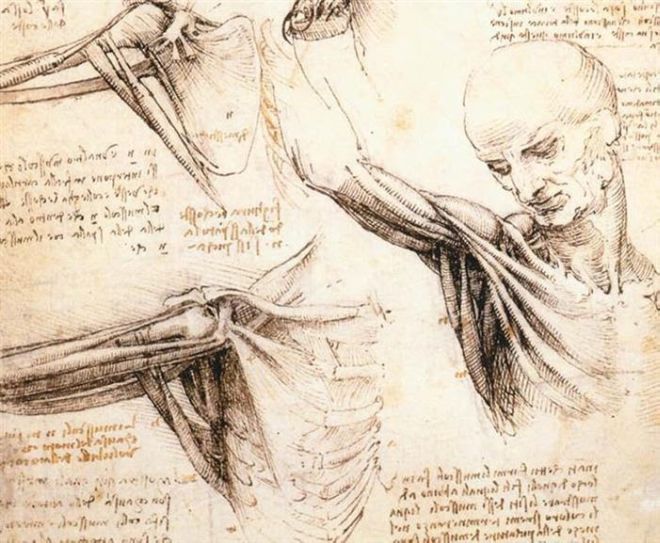 Even today, autonomous, human- robots seem a piece of science fiction, but under Sforza’s patronage, Da Vinci invented a “Mechanical Knight”, which was supposedly capable of moving its arms, neck and even opening and closing its “mouth”. This strange mechanical doll was controlled via external cables that were attached to sets of pulleys inside the robot’s body.
The design was discovered nearly 450 years later and in 2002, a functioning replica of the “Robotic Knight” was built by Mark Rosheim – A robotics researcher from NASA. 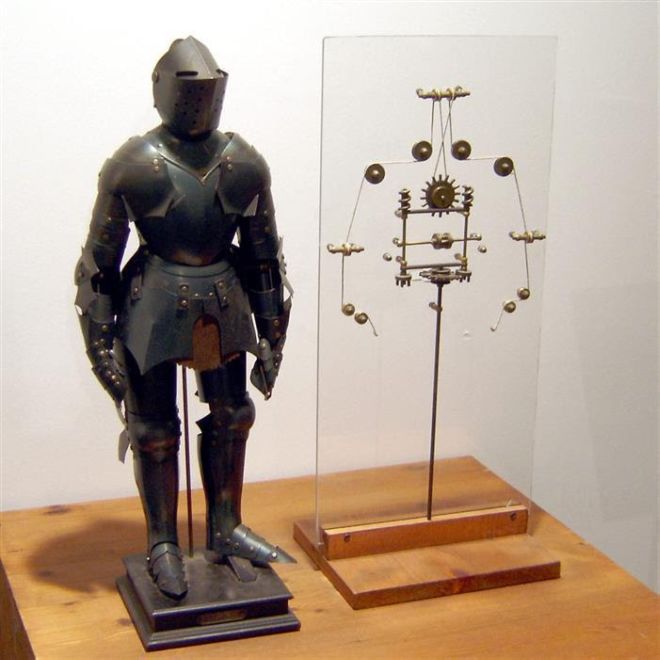