For Michael Wallace, the streets are his drawing board and maps, his canvas. For a paintbrush? He uses his bicycle! GPX Riding is what he calls his art. Confused? So was I, at first. 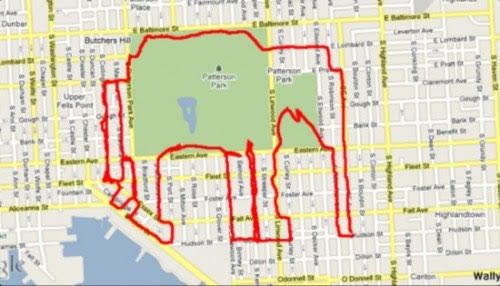 When I got a hang of what he’s been doing, I was simply amazed. He explains his artwork on his website in simple terms, “GPX Riding is my general term for using a GPS device to track and record my location while riding my bicycle. In short, I use GPS technology to record where I go in a planned effort to create massive images.” Massive images indeed, his gallery of artwork displays pictures of guns, hammers, snails, monsters, scorpions and more. Pretty basic stuff if you were drawing on paper, but very complex if you are tracing it out with your bike. 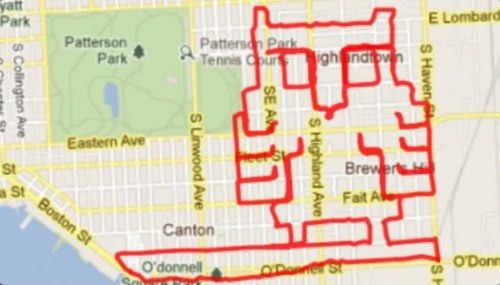 He starts out with a map of the city, trying to figure out how to draw something on the map that might be interesting. He describes his technique for creating the ride lines as varying from “thinking of both local and personal inspiration.” Sometimes he just stares deep into street maps, waiting to see if an image will pop-out. After several attempts involving sketching and erasing, he finally figures out an interesting figure. 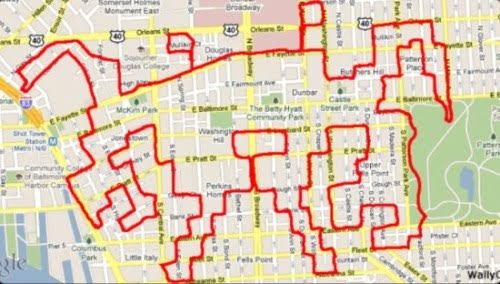 After the figure is ready, Mike needs to be well versed with the route he would be taking. This involves paying close attention to certain places along the pathway, such as small streets. He then hops on his bike. With the GPS on, it leaves a ride line along the path he travels. Thus, his art is created. Sometimes he even has to get off his bike and run through smalls streets and alleys to create zigzag lines and other effects on the drawing. 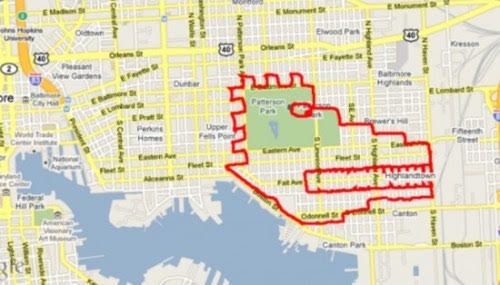 Mike doesn’t take credit for the invention of this form of sport-art. When he first got the idea, he quickly realized others had done it before. But he says that this didn’t stop him from going ahead. “It was an absolute thrill to ride that first design and wonder if what I was doing was going to work.” Mike describes himself as someone who has “found another healthy, interesting, and unique way to express my creativity through imagination, inspiration, planning, and in this case, exercise.” Indeed, it is a truly inspiring way to stay fit. 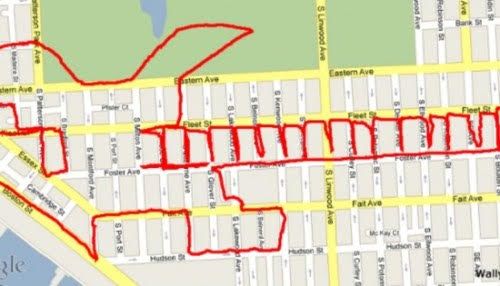