This Yoga Cat Keeps Putting Its Paws In The Air 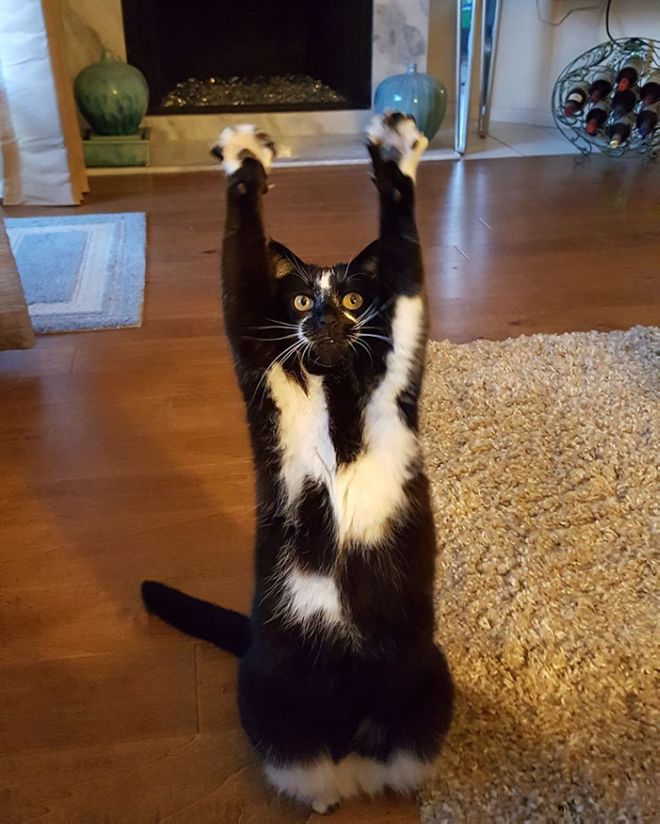 Meet Keys, the cat with a rather unusual habit. Take a look at these pictures to see what we mean. I’d like to say that we have a logical explanation for it, but, well, we don’t.

Peter Mares, her Californian owner, saw her throw her paws in the air one morning (presumably like she just didn’t care) and so he quickly took a picture. The next day she did it again and he took another snap. But what is she doing?! Is she worshipping a mighty cat God invisible to us mortal humans? Is she trying to fly? Is she waiting patiently for a double high-five? Well, Peter has nicknamed her Goalkitty, so we can only assume that she’s still celebrating Portugal’s recent victory in Euro 2016. Either that or she’s attempting to do the now famous “Iceland clap.” Whatever the truth is, we love it. 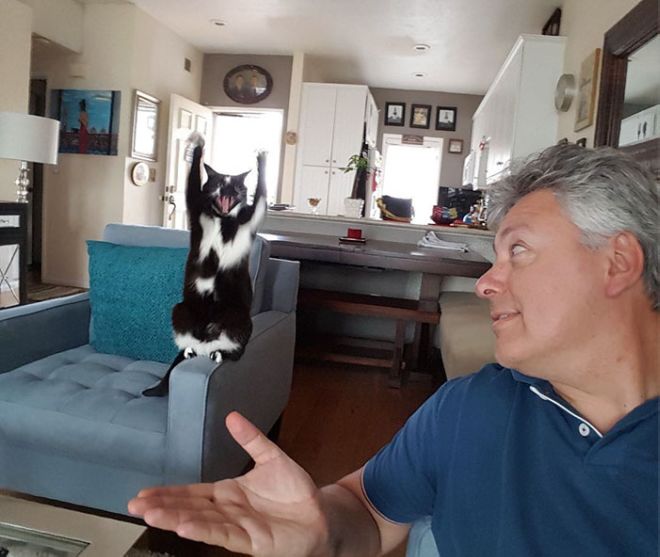